5 facts you didn’t know about divorce 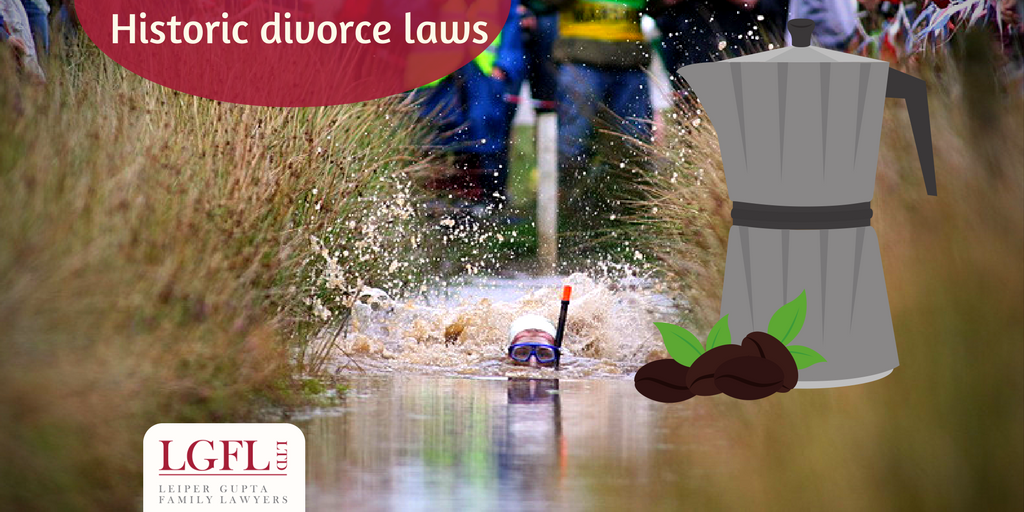 In the UK, we rather take it for granted that if we want or need one, a divorce can be obtained. We might also assume that divorce laws weren’t always as favourable as they are now. Or were they? We’ve been finding some fun facts about historic divorce laws that might just surprise you…

Ancient Rome was quite open to divorce. A couple simply had to declare they no longer intended to live together in front of seven other people. The ease of the divorce procedure, along with the ability for a woman to receive her full dowry back, provided she had not been found guilty of adultery, made divorce quite common.

2. Jewish law gave authority to divorce from as early as the beginning of Christianity

3. Caffeine and divorce in the Ottoman Empire

In the 15th century, coffee played a vital role in a marriage in Mesopotamia. Potential wives were chosen or rejected based on their ability to make coffee. However, the women had the upper hand once married. If a man didn’t provide enough coffee for his wife, she could use this as grounds for divorce (sorry, couldn’t resist that pun!). This didn’t last long though, as drinking coffee became illegal in the following century, with penalties of beating or even death if caught.

The tradition still lives on in Saudi Arabia, however, where a woman has legal ‘grounds’ for divorce if her husband fails to bring her fresh coffee every morning.

4. Burgundian women bogged down by divorce

The Burgundians were a civilisation during the Roman Empire that lived where modern-day Poland is now. If a woman from a Burgundian tribe attempted to divorce her husband, the law declared she should be smothered by boggy or swampy ground.

5. Unusual grounds for divorce in US states

US states set many of their own laws, including some unusual ones for divorce These, although outdated, are still on the statute books:

If you’re confused about what grounds you might have for divorce (and sadly in England neither bad coffee or your mother in law count), call us. We offer a free 30-minute consultation to discuss your circumstances, and to take you through some options.