Breaking up after all these years: celebrity divorce in 2019 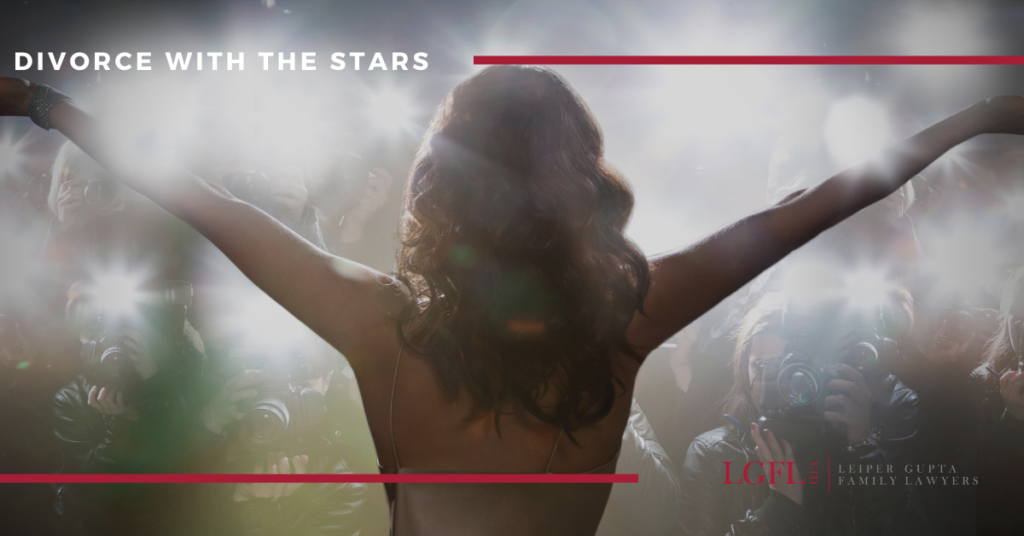 Breaking up is never easy to do, but some of the celebs who spilt in 2019 are separating after decades of marriage. However, given that UK divorcing couples are married for an average of 12-and-a-half years (according to the ONS), some celeb marriages have out-lasted the average by a considerable margin. Director Rita Gupta looks back on a year of surprise splits for some long-established couples.

Money can’t buy happiness, or at least, sustain a marriage indefinitely. After 25 years together, Amazon CEO Jeff Bezos divorced his wife and mother of their four children, Mackenzie Bezos. The settlement? An eye-watering $38billion, until you realise that he’s still worth an estimated $118bn.

To boldly go? 88 year old “Star Trek” actor William Shatner filed for divorce on December 10th, but listed their date of separation as of 1 February. This is Shatner’s fourth divorce.

American politician Sarah Palin is to divorce husband of 31 years, Todd. In his petition, he cited “Incompatibility of temperament between the parties such that they find it impossible to live together as husband and wife.” The couple eloped together in 1988 and have five children: Bristol, Trig, Track, Willow and Piper.

Everyone’s favourite Mr Darcy Colin Firth has split from his wife of 22 years, Livia Giuggiolo. The couple’s split follows a rather odd situation in 2018 when Livia ended an affair with Marco Branaccia. The couple subsequently made a complaint against Mr Branaccia for stalking Livia, a claim he denied.

The ramifications of separation still continue between Ant McPartlin and ex-wife Lisa Armstrong. The couple were married in 2006 and separated in 2018 and filing for divorce. However, the couple have still not reached a settlement. According to The Mirror, “Ant has reportedly made his ex a very generous offer of around half of his £63 million fortune.” Two of the alleged sticking points in the failure to reach an agreement are Ms Armstrong’s refusal to sign a non-disclosure agreement, and the on-going dispute about who gets custody of Hurley, the couple’s beloved Labrador dog.

Russian oligarch's wife Natalia Potanina tried to claim a third of her husband’s £15 billion wealth through the English courts, having failed to do so through the Russian courts. Natalia took her husband Vladimir Potanin to the High Court after being awarded ‘just’ $41.5 million in Russia. However, Mr Justice Cohen said that Mrs Potanina had received over $84 million, plus $7.3 million in child maintenance and that

“If the claim were allowed to proceed, there would be effectively no limit to 'divorce tourism'”. Accordingly, he dismissed her application"

Another couple needing to settle child arrangements were Joey Fatone and Kelly Baldwin, who filed for divorce in May 2019. Fatone was the deep voice in the band boyband NSYNC and co-starred in “My Big Fat Greek Wedding “.

Grammy-award winning singer Adele and Simon Konecki split but in a statement to The Associated Press, confirmed that they were both "committed to raising their son (Angelo, 6) together lovingly."

Former husband to Roseanne Barr, Tom Arnold split from his fourth wife Ashley Groussman after 10 years of marriage. The couple have two children aged 5 and 3, and Arnold has been quoted as saying that: “Because I’m a father, I genuinely have the best life I’ve ever had.”

Actor Nicolas Cage and make-up artists Erika Koike filed for a marriage license on March 23 2019. However, according to the Metro newspaper, just four days later, the actor applied for an annulment as he was ‘too drunk’ to understand he was marrying Erika. They were divorced just two months later. This was Cage’s fourth marriage, having been married to first wife Patricia Arquette for 6 years, second wife Lisa Marie Presley for 3 months, and third wife Alice Kim for 12 years.

And the most eligible divorcees are…

Society magazine Tatler has named the most 'eligible, worldly, unattached' and ' most glamorous gang in town', which includes:

Divorce without the drama

If you’re looking for a discreet divorce and fair financial settlement out of the spotlight, contact us. We have extensive experience in separation and divorce for high net worth individuals and business people and our non-London, countryside location ensures complete confidentiality and privacy.

Call us to meet one of our Directors and discuss your own situation.