Divorce in 2020: child arrangements for celebrities 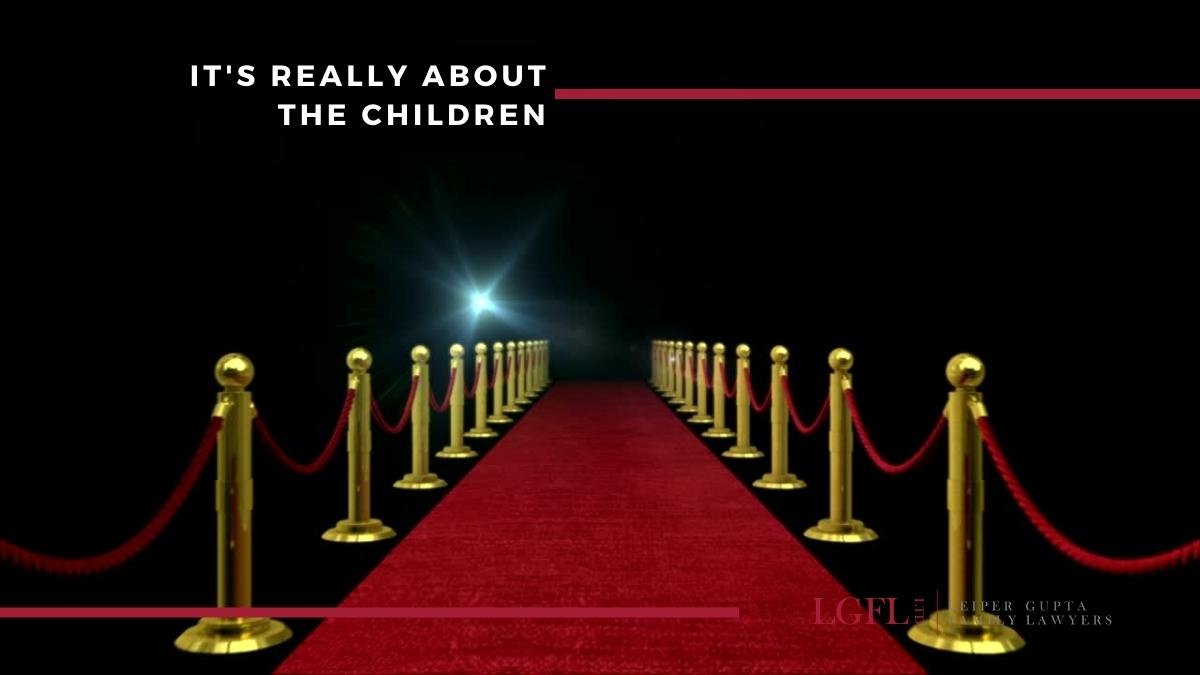 Divorce in 2020 has probably been more stressful for almost every couple that has separated. Family lawyer and LGFL Managing Director Rita Gupta takes a look at celebrity divorces, and how these high-profile couples share the same issues as anyone else going through divorce or separation.

The Hollywood superstar couple share six children - Maddox Pax, Zahara, Shiloh, and twins Vivienne and Knox. All the children have the surname Jolie-Pitt.

According to a source quoted in “People” magazine, back in July, the couple’s family therapy appeared to have helped them co-parent more effectively.

"It&'s taken them a long time … to get to this point. The younger kids go back and forth between their houses, and Brad loves spending as much time with them as possible. He seems much happier.”

However, that situation may be changing. A source from “Us” magazine explained that:

“Brad wants 50/50 joint physical and legal custody of the kids. Angelina has been unagreeable to those terms (and) will only agree to talk about an agreement if the home base for the children isn’t Los Angeles. The younger kids are in school in Los Angeles, which Angelina has always been opposed to.”

According to a report in the Daily Mail, the A-list couple have filed a list of 21 expert witnesses from security experts to child psychologists to appear at the court hearing to support their arguments. It includes “controversial” domestic violence expert Alyce LaViolette.

The origins of the custody battle appears to:

“Have stemmed in no small part from the actress' desire to move the children abroad. Brad vehemently opposed taking the kids abroad via his legal team.”

The couple currently live just under a mile apart, so the children are able to travel easily between their parents’ homes.

Rita says: As far as possible, we adopt a collaborative law approach to get separating parents to agree together what is best for the children outside of court proceedings. Child arrangements made outside of court are more likely to last, in our experience. However, in some cases courtroom battles over child arrangements, custody and contact are unavoidable, either to achieve the outcome you require, or because proceedings have been started by the other party.

If you do need to go to court, it pays to have experience litigators on your side, such as ourselves. As my Legal 500 2021 profile says “(Rita) will really go the extra mile to fight her client's corner. Her client dedication is second to none (and) she is tenacious, and determined.” As a team, Anne and I are “Both terrier-like in their tenacity to achieve success.”

Grammy and Emmy award-winning singer Clarkson and her estranged husband share four children, two from their marriage and two from his previous marriage. However, unlike her usual direct and open approach to talking about her private life, for Clarkson the divorce is much more a closed book.

In an interview with the Los Angeles Times, Clarkson explained her reasons:

“I'm not going to be able to be truly open about this in certain aspects because there's kids involved. My children and his older children — there are a lot of little hearts involved in this and while people feel, ‘Oh my gosh, what a loss...' imagine how it is in the epicenter of the storm. It's a lot to process and deal with, just as a family.”

Rita says: We admire the way Kelly is putting all four children at the centre of her decision not to open up to the media about her divorce. A child-centred approach is very much our aim here at LGFL. It helps parents to look at the overall impact of their decision to divorce, and to some degree, clear the petty disagreements away so they can focus on the major decisions that need to be made.

Phil Collins and Orianne Cevey - back together until…

Rock singer and drummer Collins and his third wife Cevey divorced back in 2008 reaching a $46million settlement. They subsequently reconciled in 2016 and lived together in Miami with their two sons. Collins said at the time that:

“Our young sons Matthew and Nicholas are like a dog with two tails. I mean, they're just so happy. They've got their mum and dad back together, so it's a good place to be at the moment."

However, Cevey now faces a potential eviction lawsuit after she married Thomas Bates in Las Vegas in August, without informing Collins. A formal request by Collins for her to move out of the house she share(d) with Collins was refused by Cevey. The couple have two sons, Nicholas (19) and Matthew (15).

Rita says: If an English or Welsh court were involved to decide where their sons should live, it would only be able to rule on the child arrangements for the 15 year old son. The 19 year old would be judged to be able to decide for himself.

What makes this situation so potentially tricky is that both Collins AND Cevey could claim that the property they share, which is owned by Collins, is their main home, and therefore the family home of their children. Quite why Cevey refuses to move out given that she has remarried is unknown, but some sources suggest she is keen to renegotiate the original 2008 settlement. Either way, once again, we see children stuck in the middle of acrimonious and divorced parents, made more difficult by the fact that they share the same physical space.

Keeping focused on the children

We see these kind of headline stories reflected in cases we deal with here in our local area of Reading, east Berkshire, and north Hampshire. In every case, we always adopt a child-centric approach, to find a way for couples to separate without splitting the family. We also see cases where a clean split is important too, such as cases involving domestic violence again women or men, and where the children need to be protected.

Whatever situation you find yourself in when you decide to separate from a spouse, a civil partner or a cohabiting partner, as experienced family lawyers we can help. Call us to book your initial 1-hour, no-obligation consultation, and we’ll give you the first 30 minutes free.