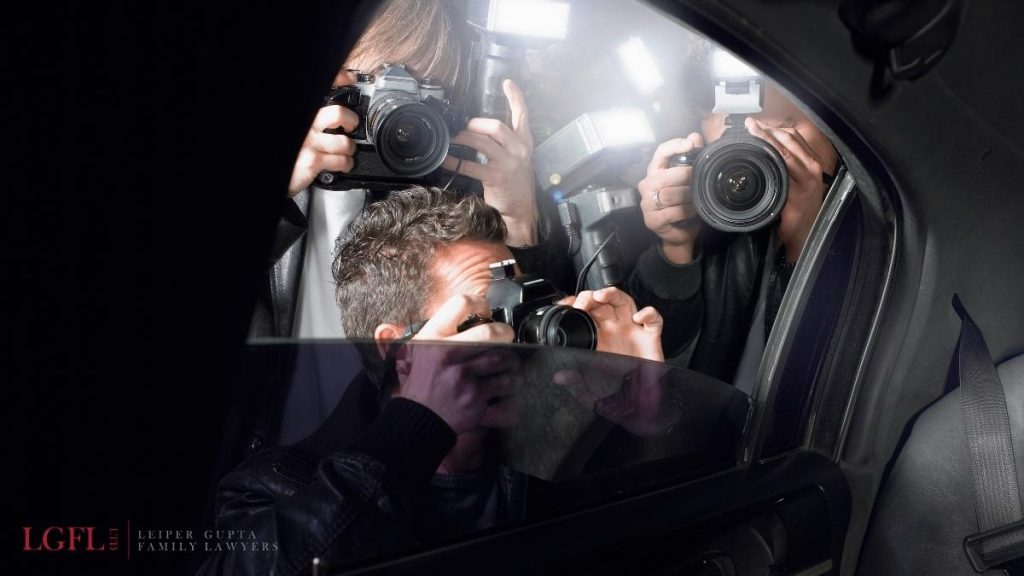 2021 was the year celebrities shared their pain on social media as couples split and marriages crumbled. Their announcements and subsequent posts often made uncomfortable reading...

Cuffe Owens may not be that well known in the UK. However, as he is US President Joe Biden's nephew, the media spotlight shone brightly when he married Meghan King just two weeks after publicly announcing their relationship.

However, after just 2.5 months of marriage, the couple are to split. King wrote in an Instagram Story:

“I am moving forward with my children as we privately process our pain and begin to let go of shattered dreams … I ask for your grave and gentle kindness as I navigate this labyrinth of grief with my family.”

In contrast, Fleetwood Mac guitarist Lindsey Buckingham and his photographer wife Kristen Messner have divorced after over 20 years of marriage. The couple have three children all over the age of 16.

After 27 years of marriage, Microsoft founder Bill and philanthropic wife Melissa Gates called it a day. On Twitter the couple jointly announced that:

“After a great deal of thought and a lot of work on our relationship, we have made the decision to end our marriage … We no longer believe we can grow together as a couple in this next phase of our lives.”

Whilst initially saying they would work together and give their fortunes to the Bill & Melinda Gates Foundation, Melissa announced at the start of February 2022 that she would instead donate some to other philanthropic projects. According to the Daily Mail, she will instead:

“Focus her efforts on charities that focus on women and marginalized people in the US and around the world.”

As the recipient of a divorce payment of around $65billion, Melissa said:

“I recognize the absurdity of so much wealth being concentrated in the hands of one person, and I believe the only responsible thing to do with a fortune this size is give it away—as thoughtfully and impactfully as possible.”

Stand by your man?

When Joseph Maldonado-Passage, aka US zookeeper Joe Exotic, was sent to jail in January 2020 for 22 years, his husband Dillon Passage was left on the outside. Exotic was convicted of “17 federal charges of animal abuse and two counts of attempted murder for hire for the plot to kill Carole Baskin”, the founder of a big cat rescue.

Husband Passage announced on Instagram that the couple were to divorce:

“This wasn't an easy decision to make but Joe and I both understand that this situation isn't fair to either of us.”

The former Hornblower and Fantastic Four film actor Ioan Gruffudd filed for divorce in March after being married to Alice Evans for over 13 years.

What made the headlines, however, were the multiple tweets made by Evans which revealed the impact on herself and their children.

"I can't sleep. Not a wink. I am terrified for what tomorrow will bring … Me and our young girls are very confused and sad."

For more on the role of social media in their very public breakup, see our recent blog.

Back in February, Kim Kardashian and Kanye West filed for divorce. According to a source quoted by PEOPLE, the couple:

“Are in agreement over joint legal and physical custody, neither is contesting the prenup in place, negotiations have progressed and they are nearing a settlement.”

However, as an article in The Guardian on 12 February suggests, the divorce:

“Promises to be the celebrity separation of the year, unfolding in a dizzying hybrid of IRL (In Real Life) and virtual spheres ... With its generous cast of plus-ones, parenting responsibilities, brand fortunes, a family TV franchise, political and racial trolling, (it) is a perfect divorce for the Instagram age.”

After West (now known as Ye) objected that his daughter was “put on TikTok against my will”, Kim replied that:

“Divorce is difficult enough on our children, and Ye’s obsession with trying to control and manipulate our situation so negatively and publicly is only causing further pain for all.”

After 24 years of marriage Princess Cristina of Spain and her husband Inaki Urdangarin are to divorce. According to a statement in The Times:

“By mutual agreement we have decided to break off our marriage. Our commitment to our children remains intact.”

Baywatch and the bodyguard

Baywatch star Pamela Anderson has reportedly split from her bodyguard husband after two years of marriage. Anderson’s marriage history has been unusual to say the least.

Looking for a discreet divorce?

We have helped high worth, complex and established people in the worlds of business, finance and the media come to agreements and financial settlements in divorce. Our low key, non-City firm profile offers our clients an exceptional level of discretion without compromise on service and outcomes achieved. Our expert remote legal services are also sought after by ex-pats resident or working abroad.