In December 2014, home secretary Teresa May announced a new domestic abuse offence of “coercive and controlling behaviour” carrying a penalty of a fine and a custodial prison sentence. 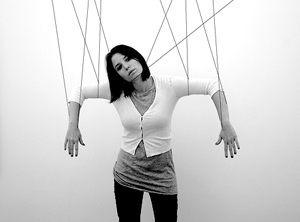 Under the terms of the amendments to the Serious Crime Bill anyone convicted of coercive control could face up to 14 years in prison. There will also be statutory time limit for the offences, meaning historical abuse can be taken into account.

It’s a major step forward in legislative recognition of how such behaviour can be “tantamount to torture”, and that domestic abuse extends beyond physical violence.

According to the Home Office, the new offence will cover “Sustained patterns of behaviour that stop short of serious physical violence, but amount to extreme psychological and emotional abuse.” The Government department acknowledges that; “Victims … can have every aspect of life controlled by their partner, often being subjected to daily intimidation and humiliation.”

How LGFL can help

We are all too familiar with the extent to which victims of domestic abuse have their lives completely ruled by their partner or spouse. We can advise you on what may be considered coercive behaviour, and will work with you to ensure we accumulate as much documentary evidence of coercive abuse, such as:
So, don’t suffer in silence, call us on 01189 739749 for expert help and advice. Equally, if you have been affected by domestic abuse and want to talk to someone anonymously, contact the National Domestic Violence Helpline on 0808 2000 247.

How common is domestic abuse?

According to the Crime Survey for England and Wales (CSEW),
30% of women and 16.3% of men will experience some form of domestic abuse during their lifetimes. In addition, Her Majesty’s Inspectorate of Constabulary (HMIC) thematic review makes clear that anyone can experience domestic abuse regardless of gender, ethnicity, religion, sexuality, class, age or disability.

Domestic abuse is defined as “Any incident or pattern of incidents of controlling, coercive, threatening behaviour, violence or abuse between those aged 16 or over who are, or have been, intimate partners or family members regardless of gender or sexuality.” The behaviour covered includes “A pattern of acts of assault, threats, humiliation and intimidation or other abuse that is used to harm, punish, or frighten their victim”

At LGFL, we can advise you on what may be considered coercive behaviour.

Both men and women can suffer from this treatment and the first step is seeking help.