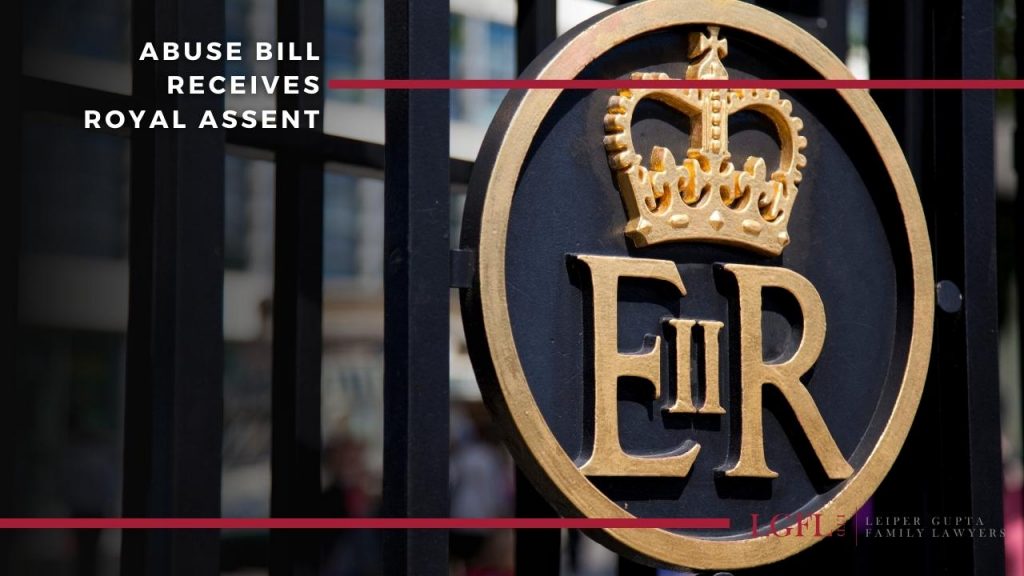 The Domestic Abuse Act 2021 was granted Royal Assent at the end of April. LGFL Managing Director Rita Gupta explores the new legislation and how it will impact on both victims and perpetrators of domestic abuse in all its myriad forms.

It seems to have taken a while but finally The Domestic Abuse Act 2021 is law. It is an important Act in many ways, helping to define the various types of domestic abuse, from violence to coercive control. On its passage through parliament, it has also grown in its scope thanks to timely amendments and additions.

As a result, The Domestic Abuse Act 2021 can make unsettling reading, lifting the lid on issues including the detrimental impact on children of witnessing domestic abuse. It also covers abuse such as controlling strangulation that we as family lawyers have dealt with, but the general public may not be aware of.

The Bill runs to some 85 pages, and covers a diverse range of topics:

Powers for dealing with domestic abuse

Including Special Measures in:

Covering controlling or coercive behaviour including:

What is domestic abuse?

According to the Act, abusive behaviour can consist of any of the following:

(a) physical or sexual abuse

(b) violent or threatening behaviour

(d) economic abuse (any behaviour that has a substantial adverse effect on a victim’s ability to acquire, use or maintain money or other property, or obtain goods or services)

(e) psychological, emotional or other abuse

It’s important to note that it doesn’t matter if the abuse is a one-off incident or ongoing events - it is still abuse under the Act.

If you are a victim of any form of domestic abuse, emotional abuse or coercive control, please contact us at LGFL Ltd to arrange an urgent consultation. Or see our pages on:

The Act makes it clear that it still applies if abuse is directed at another person or child, if the primary intent is to abuse a victim. The criteria for the involvement of children is wider than before, namely:

(a) sees or hears, or experiences the effects of, the abuse, and

A domestic abuse protection notice can be issued to someone perpetrating domestic abuse by a senior police officer. It prohibits a person “From being abusive towards a person aged 16 or over to whom P is personally connected.”

This notice can prevent the person contacting or coming within a specified distance of their victim. It can also prohibit them from entering certain premises. Once a notice has been given, “An application for a domestic abuse protection … will be heard by a magistrates’ court within 48 hours of the time of giving the notice.”

The domestic abuse protection order is designed to prevent a person being abusive towards another. If that person breaches the order, they can be arrested.

“A person who is subject to a domestic abuse protection order commits an offence if without reasonable excuse the person fails to comply with any requirement imposed by the order.”

A court can also issue an order without a preceding notice. An order may also specify that the person should be monitored electronically (“tagged”).

In the past, one of the major concerns for victims of domestic violence was the terrifying prospect of facing their abuser in court. The new Act enables a court to put in place special measures “For the purpose of assisting a person to give evidence or participate in proceedings”.

The Act also specifically prohibits cross-examination in person, such that in family, civil and criminal proceedings:

“No party to the proceedings who has been convicted of or given a caution for, or is charged with, a specified offence may cross-examine in person a witness who is the victim, or alleged victim, of that offence.”

The same applies to anyone protected by an on-notice protective injunction.

Controlling or coercive behaviour in an intimate or family relationship

Domestic abuse against children: beyond the legislation

The NSPCC have long campaigned to have the impact of domestic abuse on children recognised. As the NSPCC website says

“Domestic abuse is any type of controlling, bullying, threatening or violent behaviour between people in a relationship. It can seriously harm children and young people and witnessing domestic abuse is child abuse.”

The charity reminds us that abuse can happen:

Their website has excellence advice on how to spot the signs of a child witnessing abuse, and how to help them if they talk to you about it.

Domestic violence outside the home

The new Act defines those involved in domestic abuse as being “personally connected” but not necessarily living together. Indeed, it allows for victims and perpetrators to have had a previous relationship that has ended, and thus removes the requirement for “domestic abuse” to take place in the family or shared home. For more details on this, see our recent blog on post-separation coercive control.

We can and will help

If you are suffering domestic abuse of any kind, now is the time to act. Call us for an initial fixed fee 1 hour consultation to discuss your situation. We can and will help you with any domestic violence, abuse or coercive control situation.

- Send us a message