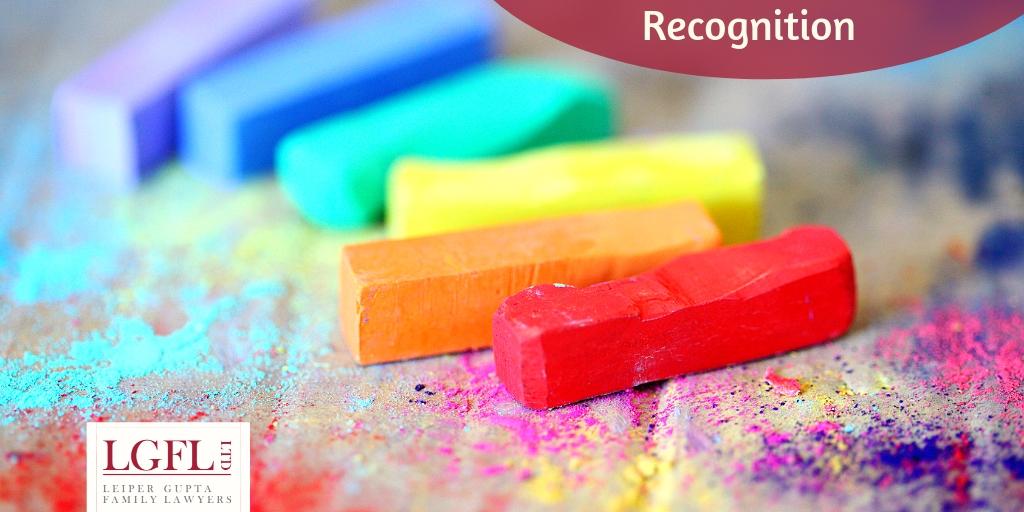 The Gender Recognition Act 2004 was a ground-breaking piece of legislation, allowing those wishing to change their gender to apply for a Gender Recognition Certificate (GRC). This enshrined in law two ways to be recognised as a man or a woman; either by your biology or by acquiring a GRC.

The Gender Recognition Act is now lagging behind the expansion of the original definition of transsexuals. Today, the term ‘trans’ includes a wide range of people, as The Guardian defines it:

“Whose innate sense of their own gender does not correlate to the culturally determined expressions associated with their sex at birth, whether or not they intend to make permanent physical changes.”

It’s time for an update, and the government agreed, proposing changes to the Gender Recognition Act, including the ability to Self-ID.

At present, the process of transition involves gaining a Gender Recognition Certificate. This certificate confirms that a trans person is of a specific gender that is opposite to their birth gender. Self-ID allows anyone to identify with a gender without having to undergo any legal or medical procedure or diagnosis and the intrusion and distress that this can cause.

To get a GRC from the Government Equalities Office, you currently require:

To many in the trans community, this process s not acceptable. As the campaign group Stonewall say:

“Trans people have to endure a long and demeaning process to ‘prove’ their gender identity. It’s not just distressing, it’s complex, costly and inaccessible to many trans people.”

The proposed Self-ID process would simplify getting a GRC considerably. Whilst the exact format is still undecided, if based on other methods elsewhere in the world such as Ireland, it could involve a witnessed declaration and a much shorter form.

There are an estimated 600,000 transgender and non-binary people in the UK, accounting for just under 1% of the population. Of these, around 3,500 undergo treatment each year, according to The Royal College of Physicians.

Why is Self-ID important?

For many in the trans community, self-ID allows them to live in the gender they chose without the need to prove a medical condition. To them, Self-ID is no different than anyone else self-identifying their sexuality. LGFL Director Rita Gupta feels that it moves away from it being deemed to be a medical issue and a problem, to something more positive and inherently about identity.

Writing in the Sheffield Telegraph, an LGBTQ+ activist reminded readers that:

“Self-ID is something we do in other areas of our life, I can declare my sexuality or religion for example, and have the legal protections associated with that, without a long, costly legal process or a panel of ‘experts’ who don’t know me having the right to decide if they think I am telling the truth about how I identify.”

In effect, Self-ID removes the need for proof, but a GRC is still required to get the gender changed on official documents and in other aspects of life.

The proposal opened up a fierce debate where certain women’s groups were concerned about the possible misuse of these changes. They argued that if a man could self-ID as a woman, that would give them access to women-only spaces such as public toilets. This could infringe women’s rights and place children at risk from men self-identifying as women to gain easier access to children. Given the plethora of recent cases involving historical child abuse and the “me too” movement, there are legitimate concerns.

However, under the Equality Act 2010, transgender people already have the right to access single-sex spaces that match their gender. This has been the case since 2004 in effect, and the amendments to the Gender Recognition Act will not change this. For any single-sex space or provision providers, the advice from the government is:

“A service provider’s starting point should be to treat a trans person in the gender they identify with, and to allow them to access services for that gender unless by doing so they would be unable to provide that service to other service users.”

In an excellent article for The Guardian, barrister Julian Norman and Chair of FiLiA, a women’s rights charity suggests a simple solution:

“To alleviate the growing concerns over sexual predators identifying as women, those who have committed specified crimes of male violence against women should be barred from acquiring a new birth certificate during the rehabilitation period specified in the Rehabilitation of Offenders Act.”

(The article also includes views from five other legal experts - well worth a read.)

Self-ID gender recognition laws in Europe and the US

Self-ID isn’t a unique idea for the UK. It’s already law in Malta, Norway, Denmark, Portugal, Ireland and Belgium. It’s also just become law (January 2019) in the US state of California, where transgender people can self-identify in one of three gender categories; male, female, or nonbinary. The initial take-up in Ireland was slow and low-key, and according to Sara Phillips of the Transgender Equality Network Ireland, with “no evidence of the system being abused”.

Implications of Self ID for marriage

When a married trans person wants to apply for a GRC, and continue to be married to the same spouse afterwards, the spouse must agree. The non-trans spouse must also complete a statutory declaration. There is no need to divorce as the UK recognises same sex marriage.

When the GRC is granted, then a new marriage certificate will be issued, and will show the marriage as having taken place in a registry office.

Implications of Self-ID for divorce

At present, if the non-trans spouse does not consent to their change, then a married couple must get divorced before the trans spouse applies for a GRC. The trans spouse can apply for an Interim Gender Recognition Certificate, which entitles them to get divorced through the court system. There is no ‘at fault’ requirement for this divorce, but otherwise it’s the same as any other divorce, with the same requirement for financial settlements, child arrangements, pensions, etc.

Family law advice for trans people and their families

If you are married and considering transition, or are married to a spouse who wishes to transition, take time to talk to us in complete confidence. A change of gender will inevitably involve major revisions to family life.

As experienced family lawyers, we can offer advice on all aspects of the legal implications, whether you choose to stay together or not. Call us, fill in our enquiry form, or book a free 30 minute appointment to discuss your situation in complete confidence at our discreet countryside offices just outside Reading.

We’ll be keeping up to date with this issue, and will update you via future articles and social media feeds.