Getting divorced? Get a settlement…

The current fascination with the Wyatt / Vince case highlights the need for a comprehensive financial settlement at the time of a divorce, and not to leave things dangling…
Kathleen Wyatt and Dale Vince married in 1981, and had a son before subsequently divorcing. Ms Wyatt brought up their son, while Mr Vince chose to live a New Age Traveller lifestyle and was unable to contribute financially to the raising of their son. 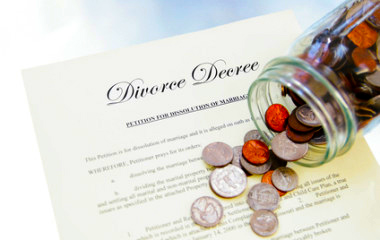 However, after their divorce and after Ms Wyatt had entered into another relationship, Mr Vince started a highly successful wind-power company, Ecotricity. His personal wealth is now estimated at £107m.

Ms Wyatt lodged a “financial remedy” claim for £1.9million against Mr Vince in 2011, which he contested. Initially, a court ruled that her claim was an “abuse of process” (inadmissible). Ms Wyatt then appealed to the Supreme Court, where five Supreme Court justices ruled that her case was legally recognisable and could be heard in the family court. This was because she had brought up their son in tight financial circumstances with no support at the time from Mr Vince.
It has to be said that this ruling only allows Ms Wyatt to proceed with her claim, and there is no guarantee that it will be successful, or achieve the settlement she is looking for. However, in delivering his ruling, Lord Wilson said:
“There is, in our opinion, a real prospect that she will secure a comparatively modest award, perhaps of a size which would enable her to purchase a somewhat more comfortable, mortgage-free home.”
This case highlights the very real need to make a financial settlement at the time of divorce to avoid later claims on assets acquired after a divorce. Currently, there is no time limit for ex-spouses to be able to file a claim. As Clive Coleman, BBC legal affairs correspondence summarised:

“The judgment is also a timely reminder that divorcing couples who want protection from such claims, even if they have no money at all, should obtain an order from the court at the time of the divorce, in which they both agree that there will be no further financial claims.”

If you are concerned that your divorce did not cover financial settlements, do call us. We have extensive experience in helping couple achieve a timely and effective divorce with no ‘loose ends’.
Share on FacebookShare on TwitterShare on Linkedin