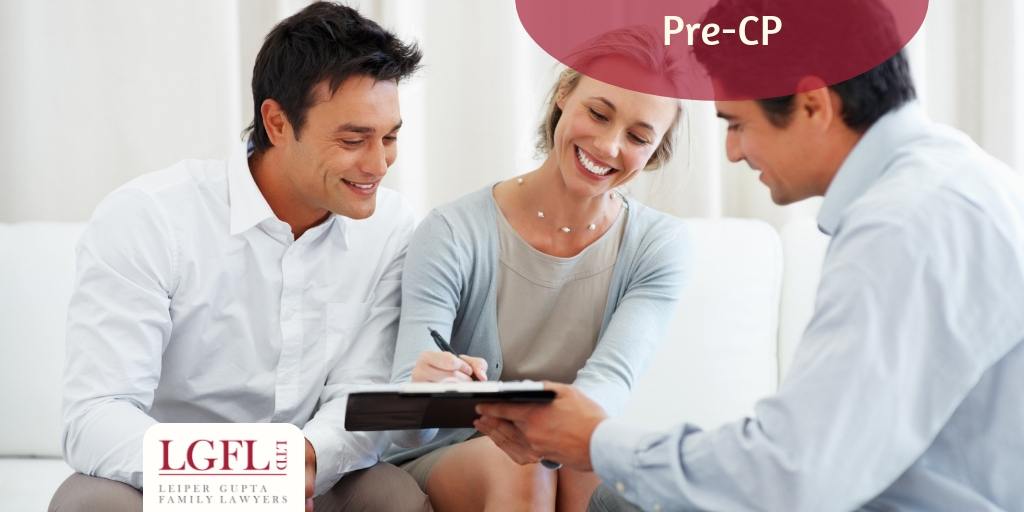 As we’ve said many times, there is no such status in law as a common law husband or wife. Currently, if you are not married, and you split up as a couple, you are treated a single people, not as a married couple. So, you do not have the same rights as a married couple when it comes to crucial financial issues, such as tax benefits, pensions and inheritance.

Being a civil partner ensures you can be at the bedside, your children are yours as a couple, and overall you enjoy the same legal rights as married couples.

It’s likely that many heterosexual couples looking at civil partnerships may have already been together for some time and have shared assets. Unless you have an existing cohabitation agreement, it’s a good idea to consider a pre-CP, our phrase for an equivalent of a pre-nuptial agreement made before you enter into a civil partnership.

A pre-CP is an excellent way to protect both shared and individual assets. The pre-CP would set out what each partner brings to the relationship in terms of property, money and other assets. It also sets out how these would be divided in the event of the civil partnership ending.

Whilst a prenup/pre-CP is a contract drawn up by a legal professional, it is not currently legally binding in the courts of England and Wales. However, a judge is likely to take any pre-CP agreement into account in any civil partnership dissolution request.

Conditions for a valid pre-CP

We assume that the same general conditions will apply to a pre-CP as a pre-nuptial contract. A judge will therefore need to ensure that before signing it:

(We prefer we prefer longer to allow parties not to feel stressed during the process and ruin their ceremony.)

Your pre-CP from LGFL Ltd

At LGFL, we have years of experience in creating pre-nups that have proved their worth both for the couples and in the courts.

We’ll help you and your civil-partner-to-be create a pre-civil partnership contract that is fair, realistic and (hopefully) never needed! If it is, our professional experience, care and attention to detail will give it the weight and authority required in court.

We can also help update any existing agreements (including cohabitation agreements) as your circumstances change. Call us or email us.

We know how difficult it is to find time in the working week to visit a solicitor about a pre-nup or pre-CP. So, we can meet you in central Reading or Basingstoke, so you can discuss your requirements during your lunch hour or at the end of your working day.

Alternatively, you are more than welcome to come and meet us in our discreet countryside offices in Swallowfield, on the Hampshire/Berkshire border. Just call us or fill in our enquiry form, and our team will get back to you within one working day.

You should consider a civil partnership if as a couple you are uncomfortable with the term ‘married’, or who don’t wish to align yourselves with a religious connotation for your relationship. This is an option that gives you both the security and certainty of a recognised legal status without using the term ‘married’.

Once in law, civil partnerships for opposite sex couples should award couples almost all the same rights as a married couple. The main exception is that you currently cannot dissolve a civil partnership on the grounds of adultery.

Questions about getting a civil partnership agreement?

Call us and make an appointment - we’re happy to help with this new form of pre civil partnership agreement for heterosexual couples.