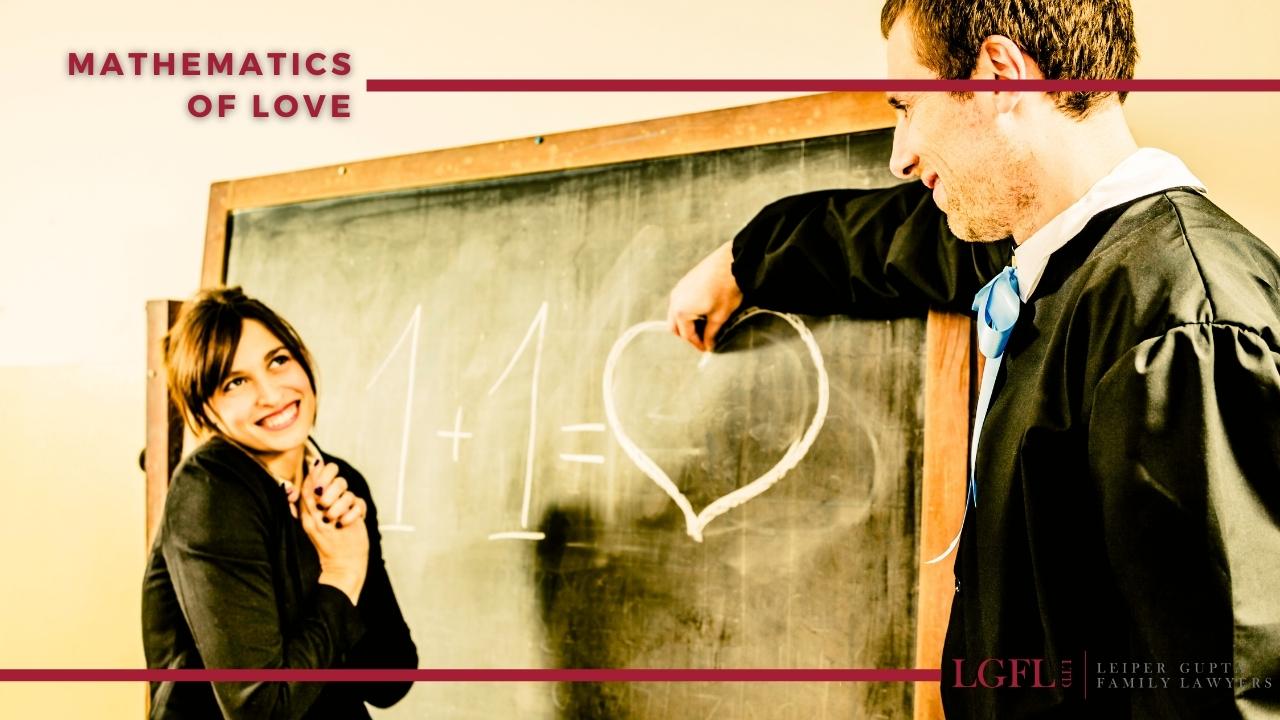 Can a mathematical equation predict if you will get divorced or not? It all depends on the way you have rows, according to research conducted by clinical psychologist John Gottman from the University of Washington.

For over 10 years, Gottman and his colleagues filmed couples arguing about a variety of topics including sex and money, to help him understand why Nature magazine called it “the mathematics of matrimony”.

The researchers looked for visual signals alongside measurement of blood pressure, skin conductivity, facial expressions, heart rate. They also looked at the emotive tones used - humorous, aggressive, pretentious, etc. Mathematician James Murray then coded everything the couples said, with a positive score for a positive interaction, a negative number for a negative one.

The result was an equation describing how to analyse if the couple might divorce, as follows:

Whilst the researchers separated out the reactions of the wife and the husband, the formula applies equally to same sex marriages. Here’s how it breaks down.

Devising a successful marriage equation is one thing. Whether it works is another. As Nature reported:

“Gottman and Murray interviewed 700 US couples who had recently wed, and made predictions about whether they would get divorced in the near future. Revisiting those same couples four years later, they found their predictions had a 94% success rate - better than therapists who carried out a similar exercise.”

One facial expression was a clincher for the researchers. As Gottman put it in his 2003 book, "Contempt is the sulphuric acid of love." The team went on to apply their formula to help improve marriage counselling techniques.

More about the mathematics of love

Mathematician Hannah Fry revisited this classic research for a 2014 TED talk and a subsequent book “The Mathematics of Love” in which she expanded on the equation’s revelations:

“The most successful relationships are the ones with a really low negativity threshold. In those relationships, couples allow each other to complain, and work together to constantly repair the tiny issues between them. In such a case, couples don't bottle up their feelings, and little things don't end up being blown completely out of proportion."

In other words, couples who let small things build into big issues were less likely to stay together. Those who deal with the small things immediately were more likely to succeed.

So, next time you have an argument over the way one of you stacked the dishwasher while the plates were still in their hand, it could actually be a good sign for the longevity of your marriage…

Here’s Fry explaining the equation and why it’s important for predicting divorce and potential nuclear war:

Separation and divorce is never easy

It is important to remember that behind this equation are real couples with real issues to resolve. At LGFL, we offer professional mediation to help sort out differences between you and your partner. Mediation can be a quick, cost-effective and constructive method of resolving disputes out of court. With our new virtual and hybrid mediation services, you can benefit without even being in the same room as your partner.