How to marry (or divorce) a billionaire: the Sunday Times Rich List 2015

It’s a tongue in cheek quote, but with its feet firmly in the reality of the divorce courts, when The Sunday Times Rich List summary article suggests:
“In Britain in 2015 the best way to get rich is to open a shop, gamble, get married to or divorced from a gazillionaire, or move to Liverpool – or all four.”

How to marry a billionaire

The annual survey of Britain’s richest reveals that finding said gazillionaire (or at least, a billionaire), is a lot easier than you might think. Britain has one billionaire per 500,000 head of population, so the chances of meeting one are pretty good. (Marrying one might be another matter.) 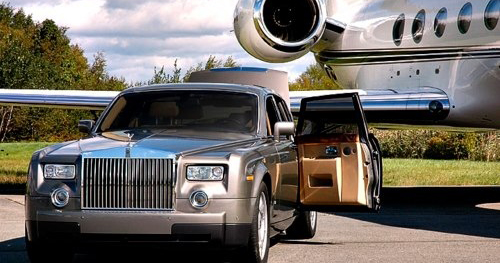 Dear reader, I married him

Britain’s wealthiest woman is Kirsty Bertarelli, whose estimated fortune makes her 28 times richer than the Queen (gulp!). The former model and All Saints singer married a Swiss pharmaceutical heir and hasn’t looked back, raising three children and releasing her first debut album last year. She probably won’t be too worried about the royalties cheque…

Marrying George Clooney has lots of benefits in itself (!) but for lawyer Amal Alamuddin, it also gave her a share in an estimated worth of £121million.

The flagship couple for same sex marriage, singer songwriter Elton John and his husband David Furnish, can enjoy the rewards of Elton’s creative input into Disney’s “The Lion King”, which has grossed $6.2billion in film and theatre tickets sales. Elton and his hubby are worth £270million.

About to marry into money or with money?

It might not seem the most romantic gesture, but a pre-nup agreement is pretty much a necessity to define what each party brings to the marriage. Whilst not legally binding, it does give a benchmark for your initial financial positions, and can also define what each party would expect to take away should it not work out. At LGFL, we’ve drawn up pre-nups for high net worth clients, and we’d be happy to do the same for you.

And now, the end is near

When a Rich List marriage ends, the settlements can be eye-watering. Slavia Ecclestone is worth £740million since her divorce to the F1 boss Bernie Ecclestone, although it’s interesting to note that:

a) Her husband is now worth £2.94billion

b) Her trusts funds still pay her ex-husband a cool £60million a year.

Only last year, Jamie Cooper-Hohn, ex-wife of hedge fund manager Sir Chris Hohn, gained a court settlement for her divorce of £337million, which propelled her into the Rich List for the first time.

However, all these settlements seem to pale into insignificance compared with the 1997 US divorce settlement between Alec and Jocelyn Wildenstein. After she caught her husband with a lover 42 years his junior, Jocelyn’s divorce settlement cost the art dealer $2.5billion and $100million every year for 13 years after.

If you are considering a divorce, call us at LGFL. We have guided both UK and international clients through the process of ensuring that their financial settlements are suitable, sensible and sustainable, and properly reflect the contributions of both parties.

An unhappy breakup has been the inspiration for many a pop song or album (Phil Collins ‘In the air tonight’, anyone?). For author J K Rowling, a move to Edinburgh after the end of her first marriage was the impetus for her to start writing the Harry Potter books, whose wizardly exploits has earned her a magical £580million.

Sir Paul McCartney’s previous acrimonious divorce created headline news, but his current wife Nancy Shevell brings more than love to the table – she is worth £150million in her own right, a significant part of the couple’s joint £730million net worth.

Other husband and wife teams have amassed their fortunes by working together in businesses all their married lives.

Pre-nuptial agreements and divorce proceedings: how we can help

Whether you want to discuss a pre-nup or a divorce, the experienced team of family lawyers at LGFL can help, especially if children are involved. We aim to ensure that your pre-nuptial agreement is comprehensive and aligned to realistic expectations. For divorce cases, we aim to take the edge off this painful personal experience with a professional and measured approach for all parties whilst still protecting you and your family’s interests. Call us for more details.