Anything to declare? The importance of full disclosure in divorce 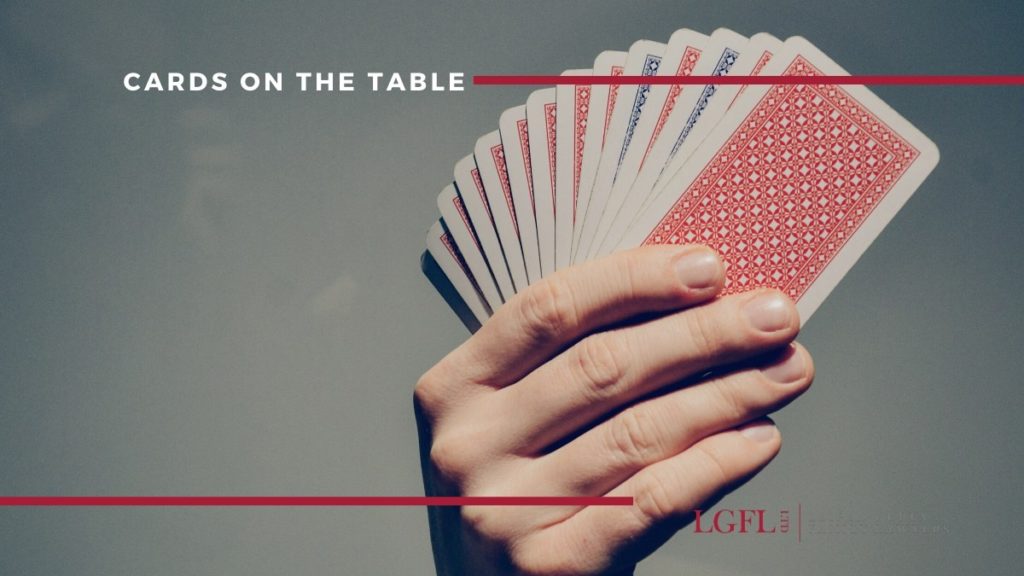 One of the cornerstones of any divorce is the financial settlement. This involves both parties in the divorce making “full and frank disclosure” of all aspects of their finances - and that’s where problems can arise. LGFL Director Anne Leiper explains more.

“Full and frank disclosure” is not just a nicety, it’s a legal requirement. However, in a divorce where emotions run high and future financial stability uncertain, spouses can become defensive and protective of their information to stop the other half “taking it all”. They can be tempted not to reveal certain details, but not declaring everything from the outset can have serious consequences, as the recent Goddard-Watts case judgment reveals.

What is “full and frank disclosure”?

When you get divorced, you have a duty of “full and frank disclosure” both to your spouse and to the court. You must declare all your financial interests, including;

And, most importantly in this case:

Cards up on the table

When making your financial disclosure, you need to “lay your cards on the table”, that is, make everything available and transparent. If it later transpires that you did not lay all your cards on the table, any Order or Agreement made by the court can be set aside. This means a new Order is required, which is likely to be most costly for the spouse who didn’t disclose.

“O, what a tangled web we weave when first we practice to deceive!”º

The Goddard-Watts case is all the more extraordinary in that the husband deliberately misrepresented his finances resulting in not one but two Orders being set aside.

First, some background information. In 2010, Mr and Mrs Goddard-Watts divorced, and the husband, a highly successful businessman, moved to Switzerland. They agreed a financial remedy order, in which the wife was awarded the matrimonial home and a not-inconsiderable lump sum of £4million.

In 2015, that first Order was set aside because the husband had deliberately misrepresented trust assets as being for the benefit of the children, when they were not. A new Order was made which took into consideration just these undisclosed assets and apportioned them between the ex-husband and wife. As a result, the wife received a further £6.42m, calculated as half the value of the undisclosed trusts plus monies for the delay in the wife receiving that money.

Complications with a company valuation

However, in 2016 this Order was in turn set aside based on evidence relating to the valuation of the husband’s company. It came to light that the husband had made an offer to sell the company for a much higher price (£100m) that that given during the trial (£30m). This offer was made in between the handing down of the draft judgment, and its formal handing down (the final judgment).

However, the duty of full and frank disclosure goes on throughout the whole financial proceedings, including right up until the final judgment is given. The husband should have therefore disclosed this sale price at the time the offer was made, and when the sale later took place.

As a result, the court found that had the husband disclosed the information at the time, the judge would have rewritten parts of his judgment and would have made a significantly different order.

The court also addressed the issue of innocent or fraudulent non-disclosure. The husband was an adult of full capacity who deliberately withheld information and documents not only from the court but also his own legal team. He knew he should disclose, so was dishonest and in relation to non-disclosure, therefore fraudulent.

This issue of fraud is important because it changes the action the court would take:

This changes the previous emphasis from the exception being at the time when the order was made, the fraud would not have influenced a reasonable person to agree it.

This case emphasises the importance of going to court with clean hands on disclosure in financial proceedings. If not,

At LGFL, we will always fight your corner, but also often advise a pragmatic approach to financial agreements. We know the fine line between what is right, just and realistic, and what is excessive or fantastical.

This approach, combined with full and frank disclosure throughout your divorce, ensures that together we can achieve agreements that are workable, reasonable and affordable without the need for revisions or reviews.

Call us to explore your situation in one of our free 30-minute consultation via telephone or Skype (T&Cs apply) or expand that consultation to a full hour to discuss in depth (additional charges apply).