International relations: why divorcing when living abroad is rarely straightforward 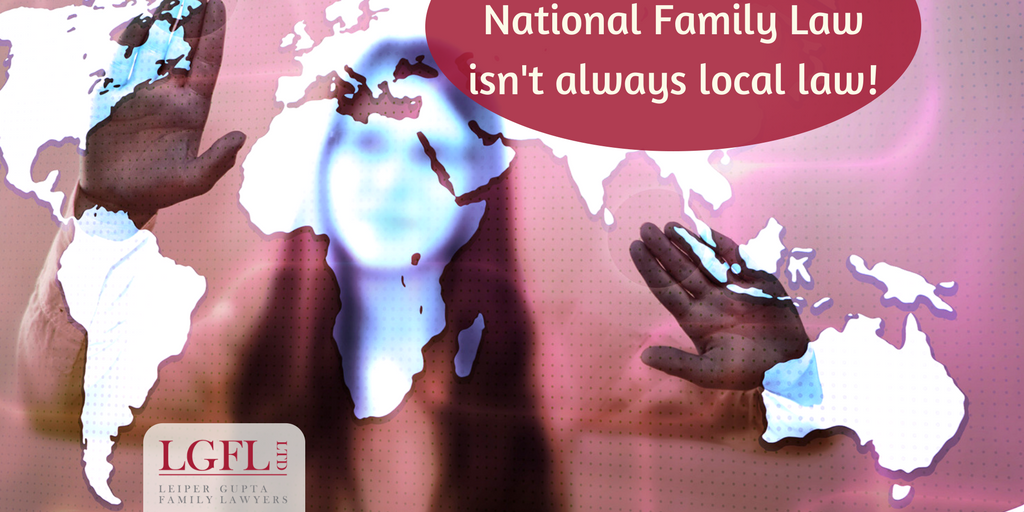 Living abroad may seem exotic and enticing, but as any ex-pat family will tell you, there’s an awful lot of bureaucracy involved. While such legal differences and paperwork may be annoying when your family is a happy unit, the complications of different laws and legal systems become much far more of a concern if your relationship breaks down. Partner Anne Leiper explains more.

Most people assume family law is completely national, in that it applies the same across an entire country. However, that’s not true of many countries including the UK. England and Wales have different ways of dealing with family law to Scotland, not to mention a totally different court system.

Equally, family law is not, and never has been, 100% consistent across the whole of the EU. (And, of course, that position is likely to change again after Brexit.) Denmark, for example, does not adhere to some parts of EU family law. In addition, many European countries adopt the law of another country when dealing with foreign nationals, under a system of “applicable law”. So, a court in a foreign country might apply English law to an English spouse, and their own law to the other spouse if they are a citizen of that country.

If you’re struggling with a marital breakdown split between countries, or as an ex-pat abroad, call us here at LGFL Ltd. We have helped many clients based overseas, from France to Hong Kong, and have ensured the best possible outcome with our customary care, commitment and diligence.

To further confuse the matter, in some countries, law can vary considerably from state to state. This is particularly true of the US, for example, where the Californian divorce law of equally splitting assets that have been accumulated during the marriage is not law across all US states. Equally, Australia has some national family laws, and some that vary from state to state.

Couples who married abroad do not necessarily have to divorce in that country, but there should be some connection with the location where they are getting divorced. This is important to bear in mind, as laws may vary for child custody, and financial settlements in many countries may not be as generous as awarded in the UK.

If you own overseas property or investments and are divorcing abroad, do not assume that an English court cannot touch these - they can, and will, freeze assets remarkably quickly. Neither should you assume that a will made in your home country applies to properties abroad when it comes to inheritance law. It is always better to draw up two sets of will, one for home and one applicable for the country where the property is situated.

If you have children, it is very important to realise that if you divorce and plan to leave the UK, even back to your home country, you will not be allowed to take your children unless the other parent agrees OR you have an order from the court. As experienced family lawyers, we can advise and assist you on an application for leave to remove from the jurisdiction. Please don’t underestimate the importance of professional advise and help, as the laws on child abduction are strict and the penalties severe. Even if you just take the kids on holiday abroad on your own after your divorce, if you don’t have your ex-partner’s consent or a court order, it is considered child abduction.

If your soon-to-be-ex spouse engages a lawyer abroad, you are under no obligation to immediately sign forms you may not understand, or that are written in a foreign language. Always seek legal advice as quickly as possible, as having legal papers properly translated may take several days. Equally, don’t ignore any papers you may receive from a foreign court. Seek legal advice straight away, and do not reply in any way until instructed by your legal team. Responding without seeking advice may jeopardise your position or adversely affect the outcome of any financial settlement in the future.

Need help or advice on divorcing a partner living or working abroad? Call us. We offer a free 30 mins consultation to explore your situation and assess your options.