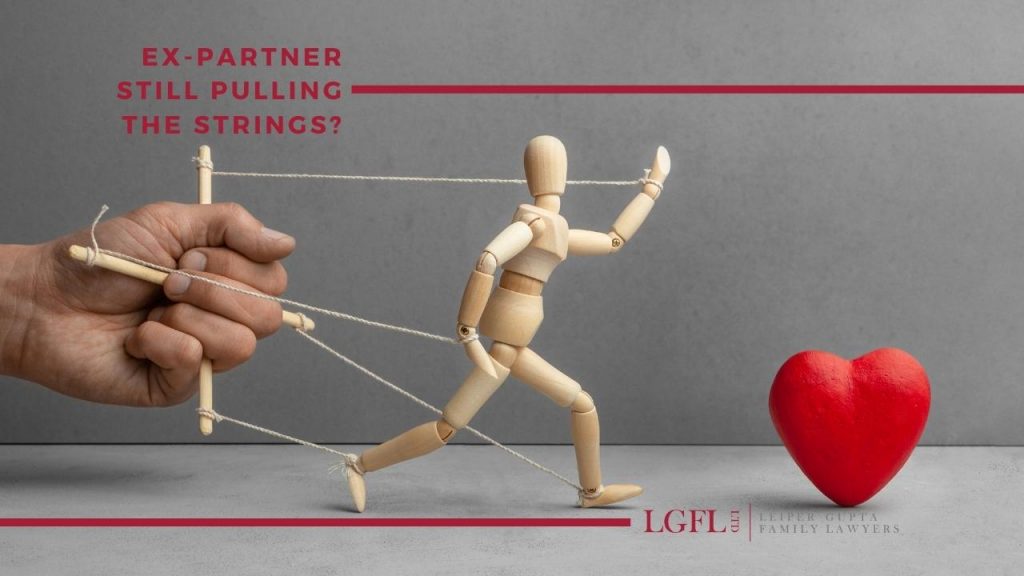 It’s a common misconception that domestic abuse ends when the victim and abuser are physically separated and live in separate homes. The belief that ending the relationship is the ultimate end to abuse is misguided. There is still a real problem of post-separation abuse, experienced by far too many victims of domestic violence, male or female. The offence of post-separation abuse has just been included as an amendment to the new Domestic Abuse Bill. LGFL Managing Director Rita Gupta explains why the inclusion is so important, both for ex-partners and their children.

At its core, post-separation abuse is about retaining power. The abuser continues to exert coercive control over their ex-partner in almost any way possible, whether through physical means such as violence, threats, intimidation, stalking, or via remote monitoring, emotional abuse and manipulation. Unchecked, it can continue for years, blighting the lives of victims and their families.

As family law practitioners, we regularly witness ongoing abuse after separation, in women and in men. Indeed, in my own experience, there is just as much ongoing abuse after separation, often from women. This can involve issues around the children, as by that point the children may be the only tie the parties still have together. Many clients find themselves post-separation with the same issues, the same ongoing disputes and obstacles that cause them extreme anxiety and distress. This continuation of abuse also has a devastating impact on the children.

Previously, post-separation abuse or coercive control had not been included in the draft Domestic Violence Bill, and limited legislation to those who were still living together. The new amendment removes the requirement for abusers and victims to be living together for an offence to take place. This will be a great relief for victims trying to extract themselves from coercive controlling partners, and prevent what one survivor described as their ex-partner’s

The new Controlling and Coercive amendment extends the offence of controlling or coercive behaviour to include post-separation abuse where ex-partners no longer live in the same house. It also now covers family members who no longer live together with their abuser, such as children. The new amendment, championed by Baroness Lister in the House of Lords, has been widely welcomed by ministers and campaigners alike:

“Controlling or coercive behaviour is an insidious form of domestic abuse that can destroy lives. I am pleased that the offence is being extended so we can protect more victims and send a clear message to perpetrators.”

“We’re absolutely delighted the government is criminalising post-separation abuse via an amendment to the Domestic Abuse Bill. By doing so, victims will receive the recognition they need and deserve. Post-separation abuse is a devastating form of coercive control and the economic abuse elements of this can continue for decades. Legislation is the first essential step on the path to eradicating it and preventing future homicides.”

For the latest details on the progress of the Domestic Abuse Bill, see the parliament website.

Post-separation abuse often involves economic abuse (financial manipulation) where the perpetrator continues to control and influence their ex-partner through financial means, such as running up debt, denying access to funds, or not paying Child Maintenance despite being able to.

This can also exist in more subtle forms, such as:

I often see parents struggling to fund all of the children’s activities, extra clothing and school uniform costs, with one parent thinking the child maintenance would cover everything. Similarly, I often see one parent feeling they have to over compensate and pay inflated financial support to ensure they are perceived to be a good parent. This ongoing manipulation causes extreme harm on both the short and long term.

The charity Surviving Economic Abuse (SEA) says that one in four women who escape from domestic abuse in their home then suffer ongoing economic abuse after their relationship has ended. As the charity explains:

“Economic abuse generally consists of an abuser exercising control over the survivor, through denying access to economic resources such as money, and sabotaging economic resources or exploiting them, so as to create economic instability and prevent a survivor from rebuilding their life safely and independently.”

In an article for Grazia magazine the CEO of Surviving Economic Abuse charity expands on this, explaining how victims can be paying off coerced debt for years. Coerced debt results from an abusive partner forcing the victim to take out loans, mortgages and credit cards in their own name, saddling them with debt even after separation. The charity calculates that economic abuse victims owe around £23.5 million per annum, with each repayment a painful reminder of their years of abuse.

These issues equally apply to male victims, who can feel financially pressured and manipulated by unreasonable demands. Their ex-partner may also seek to break the bond between them and their children through parental alienation, which can have serious long-term implications.

Whilst welcoming the new amendment, Mark Brooks, Chair of Mankind Initiative, is particularly concerned about parental alienation and abuse through the court system. He considers that deliberate action can create unnecessarily alienating when no risks issues exist. This is the main concern for men who have gone through domestic abuse at home, and then further financial abuse through having to enforce court orders. Financial and economic manipulation becomes an attack on their masculinity and implies that they are not good providers.

Another ongoing form of post-separation abuse Mankind is concerned about is social media misuse, where impersonation and social media negative posting is carried out by ex female partners.

The use of coercive control isn’t just confined to the ex-partner. A study in Child Abuse Review explains how perpetrators of domestic abuse can continue to exert coercive control over their children long after separation. Based on the experiences of children with fathers or father-figures imposing coercive control, a research team identified three main types of experiences:

The team’s key message was that:

“Children and young people can be direct victims/survivors of coercive control and they can experience it in much the same ways as adults do – feeling confused and afraid, living constrained lives, and being entrapped and harmed by the perpetrator. Coercive control can harm children and young people emotionally/psychologically, physically, socially and educationally.”

Post-separation abuse and the courts

Another aspect of post-relationship coercive control is that perpetrators may try to manipulate the court system to “punish” their ex-partner, as Yorkshire domestic abuse charity IDAS explains:

“This may involve repeated applications to court for contact arrangements or enforcement of orders, however they may show little interest in maintaining contact once orders have been made or even mistreat or endanger the children during court ordered contact.”

The Government is also suggesting a further amendment that will give clarification on the use of ‘barring orders’ in the family courts. The aim is to stop abusive ex-partners from “repeatedly dragging their victims back to court” as a form of ongoing abuse.

Again, it’s important to remember these issues apply equally to male and female victims of post-separation abuse. At LGFL, we regularly act for a number of male victims, and we always try and take a balanced approach.

If you have separated from your abusive ex-partner but are still suffering from post-separation abuse of any kind, now is the time to act. You can call us for an initial consultation with 30 minutes included free to discuss your situation. We can and will help you with any coercive control scenario. See our pages on:

If you are a victim of any form of domestic abuse, emotional abuse or coercive control, please contact us at LGFL Ltd to arrange an urgent consultation.

If you are in any immediate danger, always call 999 for police assistance.