Pre-nups and Cohabitation Agreements: are they worthwhile?

Pre-nuptial agreements (pre-nups) are not just for celebrities and the super-rich, they should be part of your financial planning for your future lives together. Pre-nups are not legally binding in UK law (yet), but they are frequently taken into consideration by judges in financial cases and contested divorces. 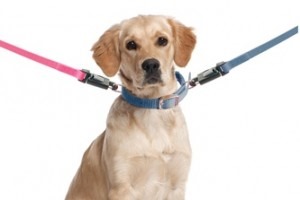 We admit, a formal prenuptial agreement may not be the most romantic of arrangements to make before your wedding or civil partnership. However, a pre-nup offers the very positive benefit of giving each partner the opportunity to define their own assets that they bring to the relationship before they are shared through marriage. For example, you might have inherited items you wish to keep in the family, or have built up assets in your own name. At it’s most straightforward, the pre-nup gives a snapshot in time of the assets of each of you in the relationship, which can act as a benchmark as you move forward together. They are also particularly relevant in second marriage cases.

Where pre-nuptial agreements really come into their own is when you have children from a previous marriage and wish to preserve their inheritance. With the recent changes in inheritance law, your pre-nup should also be drawn up in tandem with your will, to make everything watertight.

If you decide to live together but not get married, you should draw up a Co-habitation Agreement, which can protect your assets in the event that the relationship does not work out. It is important to remember that there is no such thing as a ‘common law spouse’, and if you stop living together due to a breakup, you could be in an uncertain position regarding assets such as property, joint assets and joint bank accounts. A co-habitation agreement can also help you avoid expensive legal costs in trying to reclaim what it rightfully yours.

We’re as curious as the next person when it comes to pre-nups, so here are just a few celeb examples:

According to the New York Post, NYC lawyers are increasingly seeing unusual stipulations in pre-nups, such as:

However, there is good news from New York celebrity-divorce lawyer Nancy Chemtob, who says that: “Out of all of our prenups, 90 percent are still married.”