Should “desperately unhappy” be sufficient grounds for divorce? 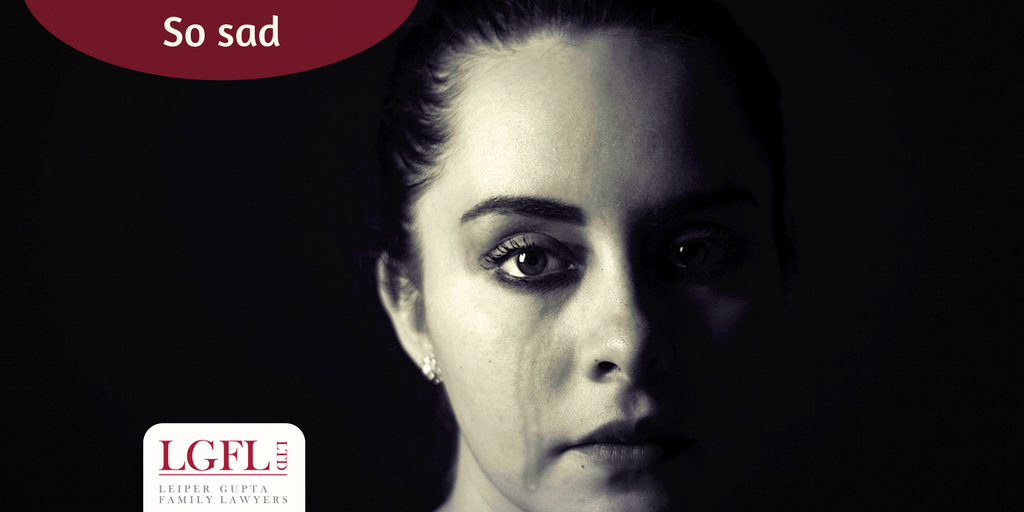 Is being trapped in a “desperately unhappy” marriage grounds for divorce? Most people might think so, but in an unusual ruling, both a family court and the Court of Appeal disagreed. LGFL Director Rita Gupta explains why this is such an unusual ruling in 2017.

What’s the story behind this case?

The story is actually all too familiar; a marriage that has broken down, and one partner desperate to get out. In these situations, one partner usually files for divorce, and the other partner doesn’t contest it. However, in the case of Mrs Tini Owens, after 39 years of marriage she filed for a divorce, but her husband Hugh contested that, saying they only had a “few years” to enjoy together yet.

Is it common for people married this long to want to divorce?

It’s a scenario we are seeing more and more at LGFL, the ‘silver separator’. Couples who married 30+ years ago said their vows at a time when you stuck in a marriage almost regardless. Social views are changing, and now people are realising that if their marriage is making them unhappy, or if their spouse is abusive or controlling, there is a way out. With life expectancy increasing too, spouses have more time to redefine themselves outside of marriage, perhaps to find happiness with a new partner, or simply to be on their own.

Why did the Court of Appeal dismiss Mrs Owens’ application for divorce?

Both the family court and the Court of Appeal ruled that there were insufficient grounds for divorce. Mrs Owens brought a list of allegations against her husband which were considered minor and, according to Judge Robin Tolson of the family court,“Of the kind to be expected in marriage”. The three Court of Appeal judges, including Sir James Munby, the most senior family court judge in England and Wales, upheld that original ruling.

What sort of behaviour might have resulted in a different ruling?

Under the current divorce laws, you need to prove that your marriage has irretrievably broken down. The grounds for divorce include adultery, desertion, and living apart. These are easy to define. The most common ground for divorce is “unreasonable behaviour”, which includes physical and emotional abuse, addictions, and withholding of monies, or more commonly, milder forms of behaviour. If a married couple have been living apart for two years, a divorce can be granted if the other party consents. A married couple would have to live apart for five years before no consent is required.
However, as Mr Owens’ barrister pointed out:

"At the moment, as the law stands, unhappiness, discontent, disillusionment are not facts which a petitioner can rely upon as facts which prove irretrievable breakdown."

If you’re facing the prospect of your spouse contesting a divorce, or you want to contest one yourself, call us. We offer a free 30 minute consultation at our discreet countryside offices, or via Skype if you are unable to travel or based abroad. Call us for more details.

How might this ruling affect the current campaign for no-fault divorce legislation?

At LGFL Ltd, we support the Resolution campaign for no-fault divorces. No-fault divorce would enable partners who feel their marriage has broken down, but don’t want to or cannot apportion blame, the opportunity to divorce without finding major fault with their partner. This ruling goes against the campaign, as it may encourage couples to be more acrimonious by citing stronger particulars. This is particularly damaging where there are children involved, and at LGFL Ltd we always adopt a child-focused approach.

Why might the court rule in favour of not granting the divorce?

The courts have to be seen to uphold the sanctity of marriage, and cannot appear to devalue its importance. That being said, forcing people to remain married, when one party clearly wishes to leave the marriage, seems archaic in this day and age.

Is this the only case of its kind?

While most divorces are uncontested, some do result in one partner refusing to divorce. There’s an interesting article in The Telegraph quoting several similar cases. Journalist Alice Judge-Talbot describes her long wait for the required separation period:

“It was far from ideal: I felt angry that I was still legally tied to the person I most wanted to be separated from; stilted and unable to move on with my life.”

It’s also sad to see that refusing a divorce petition can be used as a bargaining chip, as divorcee Mark describes in the same article:

“My ex-wife was completely obstructive and refused to co-operate until I gave in to her too-high financial stipulations. My hands were tied and I had to agree, so our divorce could progress.”

What can Mrs Owens do next?

Mrs and Mr Owens have only been living apart since February 2015. She and her multimillionaire husband are financially linked, with shared assets, business interests and properties. I suspect that waiting for the required five years of separation before she can divorce him without his consent could be a very difficult time for her. One commentator has also suggested that restricting her ability to move on and find happiness with someone else may infringe her human rights.

How can LGFL help anyone caught in the same situation?

First of all, come and talk to me about your circumstances. Personally I support a no-fault divorce, but until that becomes reality, I need to work with the system that exists. This case highlights the importance of having a thoughtfully drafted petition, with the particulars worded carefully so that they satisfy a court, but at the same time not appearing antagonistic. I’m always happy to talk and I guarantee that the LGFL free no-obligation 30-minute consultation is precisely that – free and with no strings attached.
Share on FacebookShare on TwitterShare on Linkedin