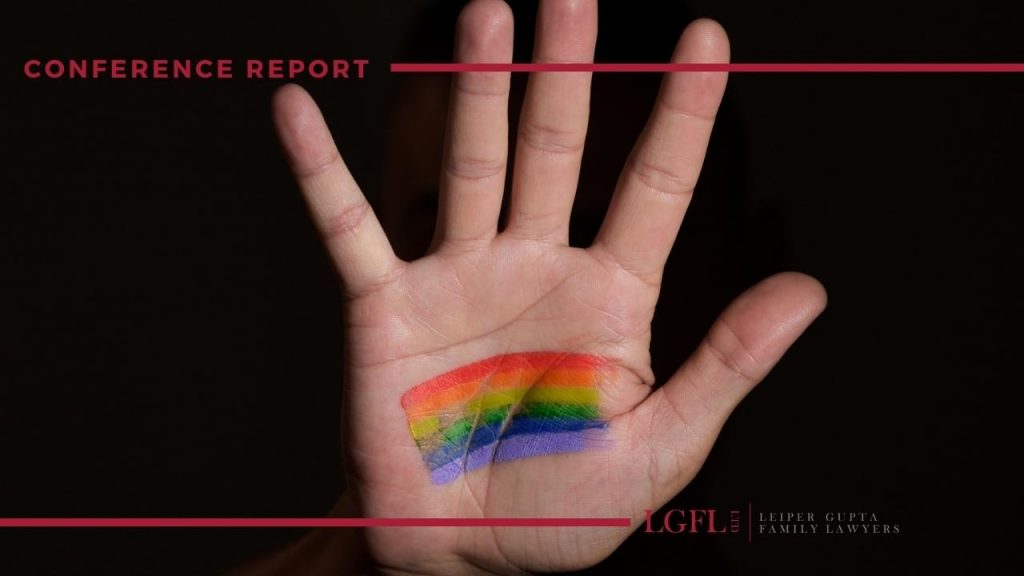 Last week, one of our team attended the virtual conference “Supporting LGBT+ survivors of domestic abuse during the Covid-19 pandemic”. Hosted by Galop, the LGBT+ anti-violence charity, the conference focused on LGBT+ experiences of domestic abuse, violence and other forms of interpersonal and family abuse. The conference shed new light on how the COVID lockdowns have impacted on the levels of abuse suffered by members of the LGBT+ community.

Dr Jasna Magic and Lisa Harrington, both from The National LGBT+ Domestic Abuse Project reported the findings of their survey into the impact of the first COVID lockdown on LGBT+ survivors, and how a charity such as Galop can respond to changing needs.

It is sometimes easy to forget that domestic violence is not just inflicted on partners or their children. In this survey, the abuse 75% of respondents experienced was perpetrated by one or more members of their own family. Also:

The abuse they reported included physical, sexual, emotional and financial abuse, as well as harassment and stalking, and forced marriage.

“A rock and a hard place”

Many of those surveyed that now lived in the family home had initially left due to abuse over their LGBT+ identity. Equally, those fleeing an abusive partner in lockdown could be returning to an abusive family home. This was very much a scenario of being caught between and rock and a hard place. One survey respondent quoted said:

“I had to move back with my grandparents, who are homophobic and transphobic. So as a queer non-binary person, it is a very difficult place to live.”

Cut off from the community

The same applied to intimate partners, plus 24% reporting unwanted sexual advances and 23% physical violence. As a result, 80% of those surveyed overall said that being in lockdown had adversely affected their mental health.

Reaching out for help

When people are suffering any kind of domestic abuse, they need to be able to reach out for support and help when they need it most. In the survey:

This last statistic may have been due to many health services shutting down (or at least, perceived to be shutting down) during the first lockdown. Also, the availability of services across the UK was patchy. Dr Majic explained how members of the LGBT+ community may have felt that their experiences of domestic abuse would be minimised and therefore didn’t seek help from mainstream organisations. It was felt that LGBT+ organisations would be less judgmental. As she summarised:

“It's encouraging that 72% felt supported when they did reach out (but) it’s striking that in contrast only 5% were put in touch with services for further support.”

There is clearly work to be done to enable those suffering domestic abuse to find out about, access and get the help they need. During lockdown, we produced our own downloadable factsheet with domestic abuse helpline numbers for those experiencing domestic abuse, promoting it on social media and our website. We felt it was important to show that there was professional help available at the point of greatest need for both women and men victims, and that we as family lawyers were available to help too.

However, we were also aware in our own experience of the issue of how domestic abuse victims could contact people when living i the same space as their abuser. With exercise outside the home initially limited to just 1 hour, and limited opportunities for a ‘cooling down’ period or finding a private space, many victims were unable to call for help without the immediate danger of being overheard.

As Gemma, one of Galop’s helpline specialists said:

“If people were experiencing abuse and they were sort of managing, when things got really bad they may be able to go to a friend's house or to family. (However) sometimes people would feel that doing would put people they care about in danger, it would make them feel unsafe.”

In regards to domestic abuse, the effects of our three lockdowns may have far-reaching and long-term impact not just on the LGBT+ community, but the wider community too. The decision to include a ‘out of the home’ clause in the new Domestic Abuse Bill has therefore never been so timely, as people who escape from the home post lockdown can still have domestic abuse and coercive control exerted by their abusive partner when living apart.

The Domestic Abuse Bill is currently just one step away from Royal Assent, and the speed of its progress a testament to a growing awareness of the issues and complexities of domestic abuse and coercive control.

If you are experiencing domestic violence, the time to act is NOW.