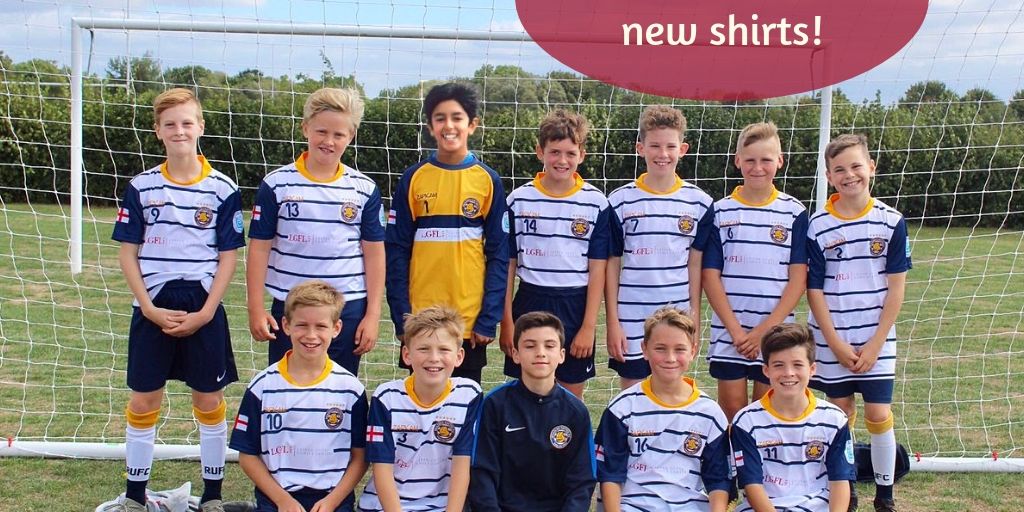 As our regular readers will know, we love our football here at LGFL Ltd. We also love our biscuits. Community football brings families together, so it was a natural match to sponsor the kit for Reading United FC Under 12s.

Reading United are nicknamed ‘The Biscuitmen’ in honour of their roots in Reading where the world famous Huntley and Palmers biscuit manufacturers were first based, back in 1892.

The sponsorship combines our love of the beautiful game and our desire to support local charities, clubs and good causes in our 10th anniversary year through smaller but meaningful donations. We call these our AoKs, Acts of Kindness, and we hope they inspire others to try and do the same on a local, even micro level.

Reading United FC was formed in 2015 after Reading Town ceased as a club. Many of the founding members first met at a training session back in the summer of 2013. when they formed as a junior club under the Reading Town umbrella at Scours Lane. The club now boasts two junior sides and one men’s side that play in the Oxford Mail Youth League.

The club is run by volunteers and coached voluntarily by Lee Chaffey, Kharis Lavine, Derek Simpson, Kevin Taplin and Steve Coates who have FA coaching badges and youth modules.

The current U13 side have won the BYDL, OMBL, Peter Houseman Youth League, Oxfordshire District Cup and last spring won the Berks and Bucks U12 County Cup. The club have also had five of their boys play for the district team and six represent the National Prep School Lions at the Gothia Cup held in Sweden.

Thanks to strong links with the professional set up, several Reading United boys have been signed at academy sides including Oxford, Reading, Fulham and Southampton.

“We were amazed by the excellence of the team and the boys’ evident commitment to football, primarily as a result of the high quality training and the commitment and approach of the coaches.

Community football is a huge part of families’ lives. Whether you are parents together or separated, presenting a united front on the sidelines is hugely important to show co-parenting and prioritise your child’s welfare.”

At LGFL, we’re looking forward to seeing our name on their shirts, and cheering them on from the sidelines too. Go the Biscuit boys and Biscuitmen!