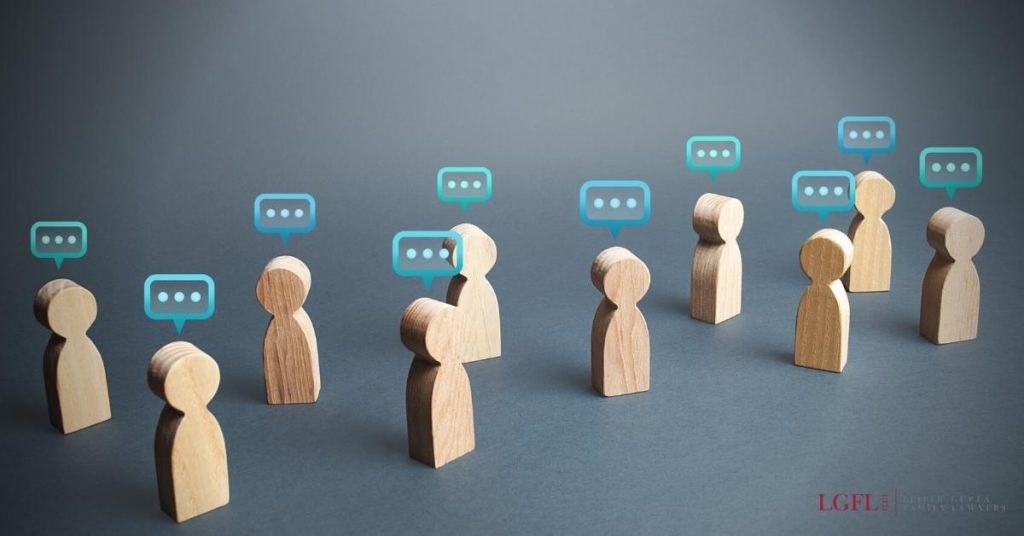 Throughout the US defamation trial between Johnny Depp and Amber Heard, there were always two courts in session: the court in Fairfax Virginia and the court of public opinion. Family lawyer Rita Gupta explores the issues that led from the divorce court to this civil defamation case, and how the judgement could impact here in the UK.

I have been asked numerous times about this case over the past few weeks, and the first thing I say is “LGFL are family lawyers. This is a civil defamation case.”

I’ve even turned down media interviews, due to how this case has polarised public opinion so openly expressed over social media.

Instead, now that the verdict is given, we have been thinking about the long-term ramifications of the case in terms of how domestic abuse is perceived.

It’s important to remember that Mr Depp and Ms Heard are already divorced. This case was not in any way part of a divorce process. Instead, as an article in The Guardian explained:

“Depp is claiming defamation for a 2018 Washington Post op-ed in which Heard described herself as a survivor of domestic abuse … She is countersuing over his claim that her allegations are a hoax.”

Depp was not named in the 2018 article but claimed that his reputation was damaged and asked for $50million in damages. Heard then filed a $100m counterclaim.

At the heart of this trial are the multiple accusations and “revelations” of domestic violence and abuse. Broadcast on Court TV in the US, details emerged daily about the “toxic” relationship between Depp and Heard. Their testimonies, and those of other witnesses, have been watched by 9 million viewers daily, only 35% of which are in the USA. Social media channels were flooded with memes and snippets of testimonies, often in blatant support of one party.

As family lawyers, we deal with divorce and separation cases involving domestic abuse and coercive control all the time. The details are distressing, often revealing a history of abuse by one partner on another. Domestic abuse both during the relationship and post-separation is a serious issue involving male victims and female victims alike.

It should not be, in our view, the subject of a livestreamed TV media circus of revelations and counterclaims, and the resulting tsunami of social media posts, tweets and viewpoints.

This has led to wide sweeping statements about victims. As experienced family lawyers we are aware that there is never one profile for an abuse victim. Abuse does not discriminate according to gender, age and even celebrity profile.

Even before the verdict was announced, there was never going to be a ‘winner’, in our view.

Either outcome would set back the process of helping domestic abuse victims of any gender with accessible support and, most importantly, the victim being believed by police, social services, abuse support networks and the courts.

In the end, both Depp and Heard were awarded damages.

The presence of a jury had a major impact on the outcome, we believe. Both Depp and Heard are professional actors, accustomed to the glare of media attention and publicity and appearing in front of live cameras. We would consider it harder, therefore, for the jurors and judge to be able to tease out the truth from the overall presentation of events by each party, be they emotive or detached.

In the early stages of the trial, clinical psychologist Laurel Anderson described the dynamic of the Depp/Heard relationship as one of “mutual abuse”.

However, labelling the relationship “mutual abuse” can lead to gender bias, as Sarah Davidge, the head of research and evaluation at Women’s Aid, emphasised in an article in The New Statesman:

“Terms such as “mutual abuse” need to be understood in the context of gender inequality. Last year the domestic violence charity conducted joint research with the University of Bristol on how gendered narratives shape survivors’ experiences of domestic abuse and attempts to seek justice. It found that sexist stereotyping leads women to frequently be described as “hysterical” or “over-emotional”, which means that they are less likely to be believed when they come forward with abuse claims and are less likely to receive support.”

The outcome of the US court case is in stark contrast to the defamation case brought by Depp against UK newspaper The Sun who said the actor was a “wife beater”. Depp lost that case in the High Court when the judge ruled the label was “substantially true”. The case cost Depp far more than the £628,000 legal costs he was ordered to pay to The Sun, resulting in lost roles in major films.

Despite being awarded $2million, according to TIME magazine:

“Heard’s lawyers have said that she will appeal the decision, a process that will likely take years.”

Regardless of the outcome and any damages awarded in the US defamation case, the real cost of this trial will be to the perception of domestic abuse. We sincerely hope that people see past the hype and often sensational details to see that domestic abuse does not discriminate and is never acceptable.

“The court case highlighted unacceptable behaviour by all parties. It also highlighted that men can be, and, are victims of domestic abuse … We need the public including friends, family and professionals in public service to understand this too. We need support for all victims."

At LGFL, we can help if you are a victim of any form of domestic abuse, emotional abuse or coercive control. As family lawyers, we have a balanced view of domestic abuse which doesn’t include stereotypes.

If you are experiencing domestic abuse, the time to act is NOW.

Concerned for a family member, friend or work colleague?

See our pages on: