Part of the family: the emotional side of pets in divorce 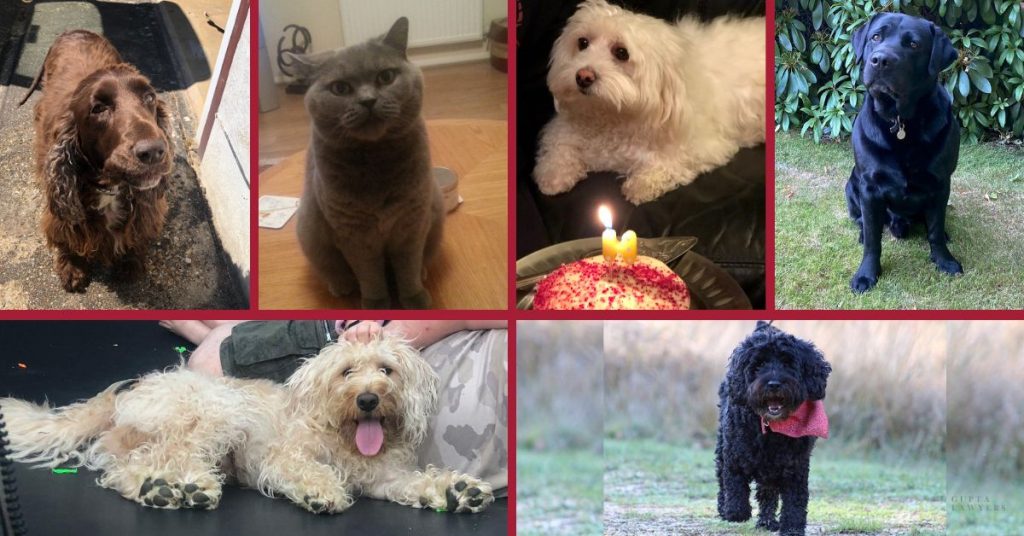 In a new article on the emotional impact of separation and divorce, LGFL Managing Director and dog owners Rita Gupta examines how “who gets the dog” impacts on all the family.

We are very much a nation of animal lovers. More than half of UK households own at least one pet, with dogs and cats the most common pets. With an estimated 13 million dogs and 12 million cats sharing our homes and our lives, the UK is second only to Germany in terms of European countries with the highest dog ownership.

So it’s no surprise that we become very attached to our pets, and consider them to be part of our family. Under English family law, however, they are a personal “chattel”, that is, an item of personal property. That’s one of the reasons that pets often end up in the middle of bitter custody battles. In the midst of marital disputes over “who gets what”, the importance of pet ownership may be overlooked by separating couples.

Who owns your pet?

Like other possessions and assets, if you need to prove ownership of the pet in a divorce dispute, you’ll need to provide some evidence. This could include:

As any pet owner will tell you, a pet isn’t just a possession, they have an emotional bond with the entire family. They can provide comfort, emotional support, and physical exercise as a willing participant in related sports and activities Or they are “just” a companion, a living breathing presence in your life that needs your care, attention and commitment.

This is particularly true for children, who may turn to a pet for comfort in stressful situations, such as their parents arguing and subsequently separating. Who gets the pet can have a profound and long-lasting impact if that emotional support mechanism is taken away just at the point when children are experiencing a major upheaval in their lives.

Equally, the pet themselves may be affected by the tension and changes in their routines. Their behaviour may change as a result, including being stressed and possible changes in appetite. As with children, the key is to reduce disruption to a minimum. This may involve agreeing on shared custody and care of the pet out of court, and potentially, a dog or other pet being with the children as part of a shared co-parenting arrangements.

If your dispute does come to a family court, that court’s priority is the welfare of any children. So, when considering how your assets are divided (and remember, the pet is an asset), the court might allocate custody of the pet:

“In circumstances where a child of the family has a particularly close bond with a family pet and any separation from the pet may have a negative impact on that child’s welfare.”

The rise of the petnup

It is estimated that as many as 1 in 4 divorces involves disputes over pets. Back in 2015, The Law Society endorsed the use of “petnups”, joint agreements over what would happen to your pet/s if you separate. A petnup would cover:

This can save a lot of arguments later, particularly in any court proceedings over financial arrangements arising from your divorce. As one solicitor quoted in the Evening Standard said:

“A judge will not be interested who takes the dog on better walks or gives him the better belly rubs … They are unlikely to get involved in arranging visiting hours, financial support or any other decisions pet owners feel need to be made.”

Petnups are not currently legally binding, but if you have one in place, it’s likely a court will take it into account.

Whenever I heard a parent say this to a child, or to a partner as part of a financial arrangement, my heart sinks. It reinforces the feeling that a pet is a chattel, rather than recognising it as a sentient being with feelings.

The law has recently changed on this with the passing of the Animal Welfare (Sentience) Act 2022. Introduced as part of the Government's Action Plan for Animal Welfare:

As a result, courts may take into consideration the emotional welfare of pets but it is still early days, as the law only came into effect in April 2022.

Pandemic pups and the cost of living

During the pandemic lockdowns, pet ownership soared in the UK, rising to its current record high of 62% ownership. As people returned to work, however, pet ownership became more of a problem, as time spent at home reduced.

This particularly affected dog owners who had bought “pandemic pups”. Accustomed to having their owners with them 24/7, many dogs experienced separation anxiety when owners had to leave them for extended periods of time.

Given the issues around care, the rising costs of pet ownership as part of a cost-of-living crises has also taken its toll. More and more pets are being given away, sold, or handed over the animal charities.

According to an article in The Guardian:

“Dogs Trust, the largest dog welfare charity in the UK, has seen a 39% increase in phone calls to hand over dogs since 12 July, when “Freedom Day”, a week later, was confirmed. Traffic to the “giving up your dog” pages of its website in July was up 100% compared with February 2021, and 180% higher than in February 2020, before the UK’s first lockdown.”

It also brings into sharp focus the cost of pet ownership and the importance of being realistic about those costs. When we first wrote our “Who get the dog” article in 2018, we had already seen a rise in the number of horse and pony owners struggling to afford the rising costs of ownership.

One of the key issues we remind all of our divorce clients is that your divorce won’t necessarily free up a whole fresh amount of money you didn’t have before. If assets are divided between you and your ex-spouse, in practical terms, that means you are now living on the same level of income spread across two households. Only if assets are sold will “new” money become available.

So, the same bills and costs associated with your pet will exist if you have joint custody. If you have sole custody, then it’s likely your individual expenditure on your pet will increase. At a time when household bills and rising much faster than wages, this could squeeze your income further.

Equally, if you move out from the family home, or that home is sold, you may not be able to afford the kind of accommodation required to care for your pet, be it a home with a garden pond for your koi carp, or a flat big enough for an Irish Wolfhound or three. As we also pointed out in our previous article “Who gets the dog”, if you are renting, not every landlord allows pets in their properties.

All of this can stack up into an emotional turmoil of wanting to “get the dog” but perhaps not having the financial means or physical environment required. In this case, you may need to put the needs of your pet above your own emotional needs, however hard that may be.

Hard-won but not really wanted

Sadly, some spouses use family pets in divorce proceedings as a bargaining chip, or an emotional lever against their partner. This can result in one partner getting a pet they actually don’t want, and damaging any existing relationship with their ex. This can be particularly traumatic for any children involved.

As consultancy executive Mike Bourton described in a newspaper article, he let his ex-partner keep their two dalmatian dogs as they were brother and sister. Just two weeks later, his ex-partner gave the dogs away.

“That just broke me. I could forgive everything else, but I could never forgive her for what she did with the dogs.”

One subject we didn’t deal with in our previous article was ensuing that your pets are looked after should you suddenly pass way or become too ill or physically unable to look after them.

You can establish a “pet trust” which is able to support care of your animal by a nominated pet guardian or carer. Like any other Trust, you appoint a Trustee/s who ensures that whoever you nominate to look after your pets has access to sufficient fund to care for it throughout its lifetime.

Nearly all the LGFL team own a pet (see header pic), so we genuinely understand the emotional issues around divorce settlements and pets. If you need to talk through your particular situation, take advantage of our fixed fee consultation, offering a full 60 minutes of discussion and advice from one of our Directors.