The Wright spousal maintenance case: what the papers say

There are court cases that simply happen and never receive a moment’s publicity, and then there are those that seem to trigger enormous media interest. 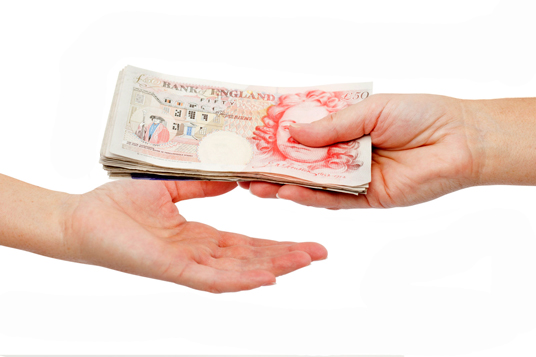 The Wright case is one such case in point. Last year, Mr Wright applied to have his ex-spousal settlement payments reduced as he was approaching retirement and concerned about the affordability of the annual maintenance amount after his 2006 divorce. Mrs Wright appealed to the High Court against the decision to reduce the amount – and lost.

As you may have read in our previous blog on this case, the Matrimonial Causes Act 1973 states that judges should ensure that a married couple’s financial claims on each other are closed as soon as is feasible and reasonable, the so-called ‘clean break’.

So, when Lord Justice Pitchford told Mrs Wright that she had no entitlement to be “supported for life” by her former husband, a wealthy racehorse surgeon, he was upholding that principle.

The view from the judges

The Evening Standard (1) reported that at the original hearing, Judge Lynn Roberts criticised Mrs Wright for being ‘evasive’ in her ability to earn.

“I do not think the children will suffer if Mrs Wright has to work, and indeed a working mother at this stage of their lives may well provide them with a good role model. It is possible to find work that fits in with childcare responsibilities. I reject her other reasons relating to responsibilities for animals, or trees, or housekeeping.”

“The time had come to recognise that, at the time of his retirement, the husband should not be paying spousal maintenance.” There is a general expectation that, once children are in year two, mothers can begin part-time work and make a financial contribution”.

Editors at The Telegraph seemed particularly interested in the case, with three articles and editorials focusing on various aspect. In a roundup of professional opinions on the ramifications, one family law specialist was quoted as saying:

“(In the past) courts typically took a protective view of mothers and ordered maintenance to be paid until the children were teenagers or reached 18 years of age. But that’s unlike to happen now, unless the wife can prove there is a good reason why she can’t work such as a disability, or if a child has special needs for example.” (2)

The paper itself suggests that:

“There has been a significant shift in the way courts view primary caregivers in recent years who have given up a career to raise children. Where once they were compensated for the loss of their career and earnings, they are now being told to retrain or take on part-time work and contribute financially.”

The Telegraph: viewpoint from a divorcee

In the Telegraph’s Women’s section, presenter and journalist Rachel Royce, herself a divorcee, expands on why, in reality, it isn’t always that simple.

“Whatever hours I was willing to work, it might surprise Lord Justice Pitchford how hard it was for me to find an employer willing to take on a single mother with two small children.” (3)

In an empathetic article, which applies just as much to stay at home men as women, Royce concludes:

“It is very hard to build a life with someone, assume that you will spend the rest of your life with them, possibly even want to have more children with them, and then have the rug pulled out from under your feet. You feel in that instance as if your whole life has been taken away. It requires time to regain your confidence.”

The Guardian: what kind of feminist are you?

In an editorial for The Guardian’s “Comment is Free” section, columnist Viv Groskop takes an unusual viewpoint:

“This is a case that really forces you to work out what kind of feminist you are.” (4)

Groskop takes pains to remind readers that in the Wright case, the interests of the children have been maintained and there is no change in provision for their future education. It is the wife’s personal allowance that is in dispute. In an interesting twist on the “get a job, love” attitude, Groskop suggests that both sides need to be more aware of the risks of taking too inflexible a stance.

“I can envisage – but not advocate – a situation where a woman devotes herself to her husband’s career and the family, sacrificing her own earning power. Or vice versa, when a man sacrifices himself for his wife. Equal opportunities tomfoolery, please. But to do this, like many decisions in life, is a huge gamble. And you can’t expect a court of law to guarantee your winnings.”

And in an editorial for The Telegraph (5), “Family Lawyer to the stars” Raymond Tooth reveals how a change in social attitudes has led to the Wright case receiving so much attention:

“When I was starting out … wives were not seen by the law in matrimonial cases as the equal of men. That was wrong, but it did mean that women could reasonably expect a meal-ticket for life in a divorce case.”

With equality very much in mind, he issues a stark reminder to couples:

“On one thing, though, both sides should be warned. There is no money tree in the garden. By prolonging any divorce case unnecessarily with outdated expectations, they are running up legal bills that finally can only be paid out of their family assets.”

Expert advice for those who receive – and those who pay

If you are concerned about the implications for your own divorce settlement, either as a recipient or as the party making the payments, call us. As experienced family lawyers based in the apex of the Hampshire, Surrey and Berkshire borders, we can help with informed, insightful advice on spousal periodical payments and maintenance orders.